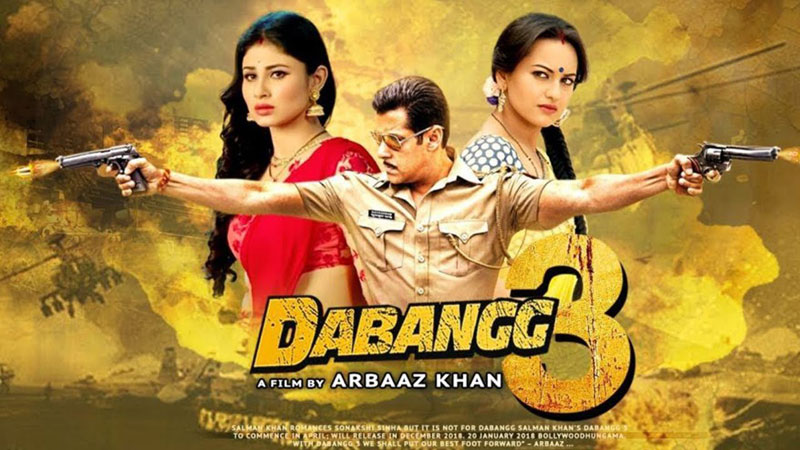 If sources in the Salman Khan camp are to be believed, the superstar is now seriously thinking of postponing his home production ‘Dabangg 3’ to Eid 2020. The film is all set for a December 20, 2019 release as of now.

With ‘Kick 2’ producer-director Sajid Nadiadwala openly denying reports that his film will be ready for release on Eid next year, choices have gradually narrowed down for Salman Khan when it comes to delivering fans the cinematic Eid treat he recently promised in a Tweet.

“It is a serious thought and one which ‘Dabangg 3’ director Prabhudheva has been asked to consider,” said the source.

For those who came in late, Sanjay Leela Bhansali’s “Inshallah”, starring Salman with Alia Bhatt, was originally being lined up for Eid 2020. After the film was shelved, Salman sent out a cryptic tweet: “Itna mat sochna mere baare mein, Dil mein aata hoon.. aur Eid pe bhi (Don’t worry about me, I reside in your hearts.. and arrive on Eid, too).”

‘It is a serious thought and one which Dabangg 3 director Prabhudheva has been asked to consider,’ said the source

The line took off from a dialogue in Salman’s 2014 Eid blockbuster, “Kick”, which went: “Mere baare mein itna mat sochna, dil mein aata hoon, samajh mein nahi (Don’t worry about me, I reside in your hearts but you can’t figure me out).”

This led to speculations that Salman would release “Kick 2” on Eid 2020, following “Inshallah” being shleved.

Having committed himself to being in theatres on Eid next year, Khan finds himself in a quandary. After all, bhai ki izzat ka sawaal hai. And didn’t he mouth those prophetic lines in Prabhudheva’s ‘Wanted’ all those years ago? “Ek baar jo maine commitment kar di, toh phir main khudki bhi nahi sunta.”