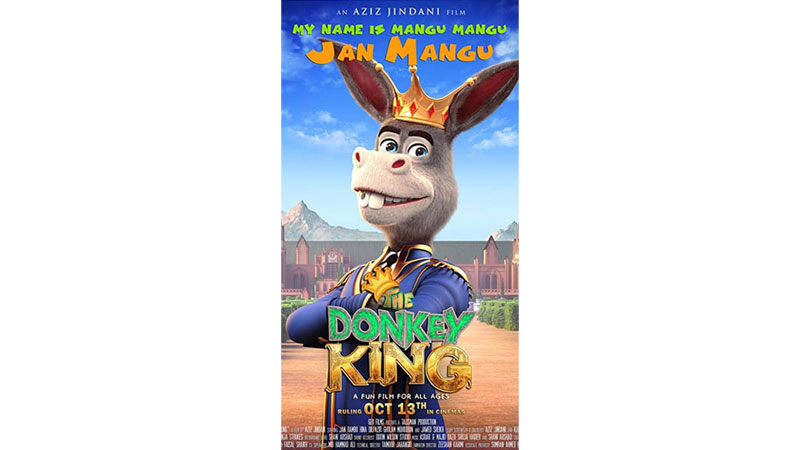 One of Pakistan’s most successful animated films ‘The Donkey King’ AKA Donkey Raja was released in South Korea where it collected a whopping amount of Rs 7.5 million in its five-day long weekend.

According to a local magazine, albeit its slow start on the opening day i.e. Friday, the film managed to pace up on the weekend. As per a leading box office site, approximately 67% of the film’s total business rolled in on Saturday and Sunday. Seeing the trend it is expected that Donkey King will be cashing in some massive numbers in the coming weeks as well.

‘The Donkey King’, which was dubbed in the local language, raked in $7,347 on Wednesday, taking the 23rd spot at the international box office chart

According to Entertainment Pakistan, ‘The Donkey King’, which was dubbed in the local language, raked in $7,347 on Wednesday, taking the 23rd spot on the box office chart. The animated film was released alongside Bollywood hit Andhadhun, which earned $ 14,801 on the first day and landed on the 12th spot.

Directed by Aziz Jindani and starring Afzal ‘Rambo’ Khan, Hina Dilpazir and Ismail Tara in leads, ‘Donkey King’ is known as one of Pakistan’s biggest animated films. Until date, it’s the only animated release to hit Rs 200 million mark on box office.