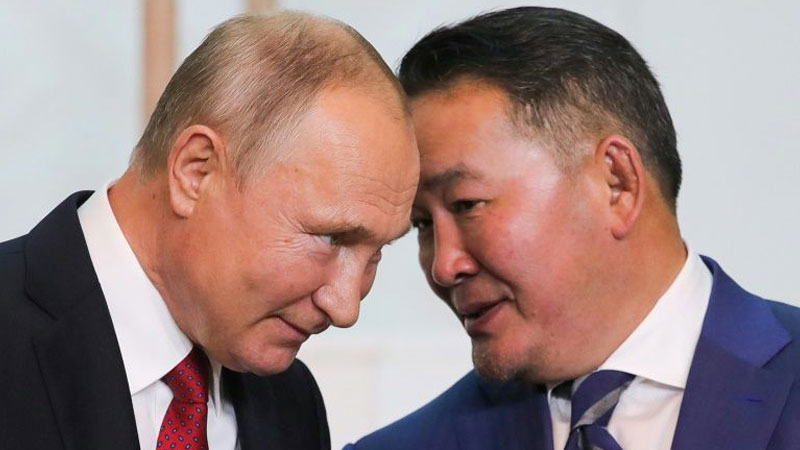 Russian President Vladimir Putin has promised to help finance new infrastructure in Mongolia on a one-day visit this week, as the landlocked country looks to reduce its reliance on Beijing. Mongolia sits in a strategically important place between Russia and China, and its economy has been growing largely from mineral exports to its giant neighbour China. But the Mongolian authorities have been looking for ways to export more to other Asian countries, and the Russian president’s visit on Tuesday was seen as a key opportunity to strengthen ties. “Russia will never forget Mongolia’s help and support when Russia was fighting against the Nazis,” Putin said, joining in a celebration to mark the 80th anniversary of a battle fought by Mongolian and Russian soldiers against the invading Japanese army in 1939. Mongolian President Khaltmaa Battulga and Putin signed a series of agreements including joint investment funds to finance Mongolia’s infrastructure developments, with the Russian president loaning 100 billion rubles ($1.5 billion) in a gift for the battle anniversary. Battulga said he planned to use the aid to build new railroads to the Chinese border to open one more channel for coal and mineral export.