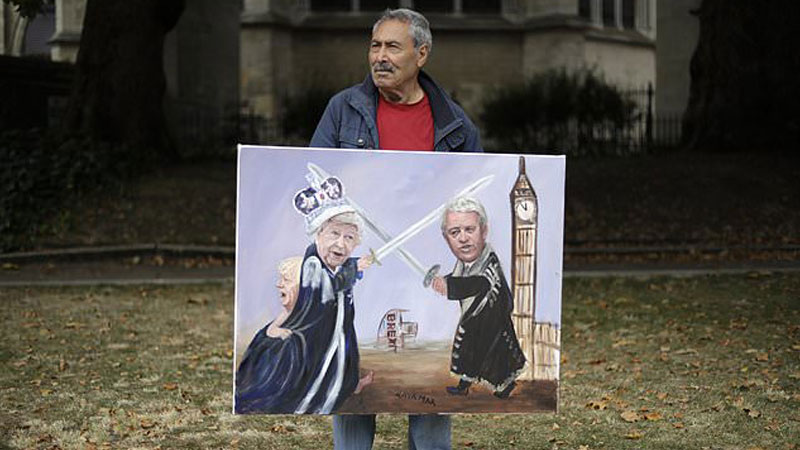 Britain’s Parliament has taken center stage again – and that means Speaker of the House John Bercow has donned his familiar robes and tried to keep “orrrr-duhhh” while mediating a titanic clash between Prime Minister Boris Johnson and the legislative branch.

There’s no doubt Bercow, with his strong voice, icy wit and willful ways, is a colorful personality. But he’s more than a TV-friendly character – he will play a pivotal role in coming days, using his considerable authority to shape the debate and the vote that will determine whether a “no-deal” Brexit is blocked and a general election will be held.

Bercow determines which amendments will be voted on and who will be called upon to speak, and uses his elevated podium position to silence rabble rousers and rule on questions of parliamentary procedure.

He showed his customary humor Tuesday when legislators complained during a tense moment that Johnson was “mumbling” in Parliament when he should have been speaking loudly and clearly. Bercow replied that he was sure the outspoken, extroverted prime minister would overcome his natural shyness.

The speaker’s role – unlike those of his counterparts in the US House and Senate, who are decidedly partisan – is supposed to be impartial. But Bercow has been unusually vocal in his criticism of the prime minister in the last week, leading some Conservative Party figures convinced Bercow will use his powers to frustrate Johnson’s single-minded determination to leave the European Union on Oct. 31 with or without a deal.

Throwing caution out the window, he called Johnson’s decision to suspend Parliament during key weeks before the Brexit deadline a “constitutional outrage.”

Bercow’s decision to speak out is consistent with the way he sees his role – protecting the primacy of Parliament from encroachment, either by an overzealous prime minister, an intrusive British judge, or by the European Union.

He has a long tradition to protect – the speaker’s role can be traced back to at least 1377.

There is no question that many of Johnson’s allies see Bercow as a foe in the Brexit battle, a perception enhanced perhaps by the fact that his wife’s car has an anti-Brexit bumper sticker. He has been called “Speaker of the Devil” in a front-page headline for challenging the government’s position.

Much of the criticism comes from members of the Conservative Party, now headed by Johnson, even though Bercow was elected to Parliament in 1997 as a Conservative.

Under British rules, he resigned from the party following his election as speaker by secret ballot in 2009 because the role is supposed to be non-partisan. Despite the frequent grumbling, he has been re-elected to the position twice.