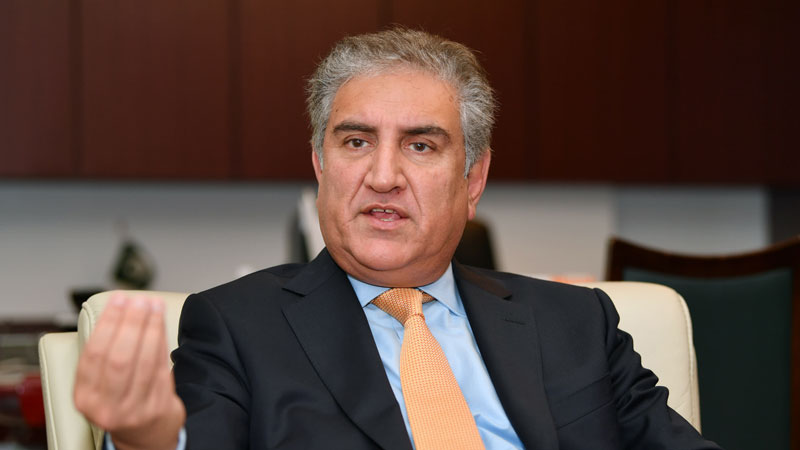 Terming foreign policy challenges and interests as inter-linked, Foreign Minister Shah Mehmood Qureshi Tuesday said there are no permanent friends or enemies among the nations but interests.

Speaking at the inaugural session of a two-day seminar themed ‘Pakistan’s Foreign Policy in a Changing World’ organised by Pakistan Institute of Legislative Development and Transparency (PILDAT), Qureshi said foreign policy cannot be formulated in isolation. “It is a dynamic process that seeks to cater to a nation’s internal needs and external environment,” he said. The foreign minister said Pakistan’s current interests include socio-economic development, working towards a peaceful neighbourhood, protecting its sovereignty and territorial integrity, and finding the solution of Jammu and Kashmir dispute in accordance with the UN Security Council resolutions and as per aspirations of the Kashmiri people. He said India’s illegal and unilateral act of August 5 not only undermined its pledge with the international community but also raised humanitarian crisis after it reinforced occupation through more troops and guns. Qureshi said innocent unarmed civilians stood against brute might of the Indian army which used pellet guns to quell their protests. He mentioned that over eight million Kashmiris are facing inhumane military siege and a clampdown on their lives with no access to basic facilities including food, medicine and communication.

He said in the last four weeks, Pakistan has undertaken a diplomatic surge with immense responsibility and restraint, expressing concern that India can carry out a false flag operation or a misadventure at the Line of Control to divert attention from its crimes. “We have a firm resolve that if India chose the path of aggression, Pakistan will be fully ready to defend itself,” he said.

The foreign minister said Pakistan has downgraded its relations with India and also suspended bilateral trade besides rail and bus services and is reviewing other bilateral arrangements as well. He said Pakistan will seize every opportunity to sensitize the world community of the sufferings of people of Kashmir. “The greatest challenge for our foreign policy today is how to stand up to Hindutva ideology and sustain and add momentum to the moral, political and diplomatic support to the just struggle of Kashmiris for their right to self-determination while preserving peace,” he said.

On Afghanistan, Qureshi hoped a breakthrough following parleys between the United States and Taliban. “As the dialogue is underway, we sincerely hope it will pave way for lasting peace. Pakistan will continue to facilitate the process of enduring stability,” he said.

The foreign minister said convincing the world about the inherent benefits of China-Pakistan Economic Corridor (CPEC) is another big challenge. He termed the strategic ties between Pakistan and China as ‘anchor of stability in the region’.