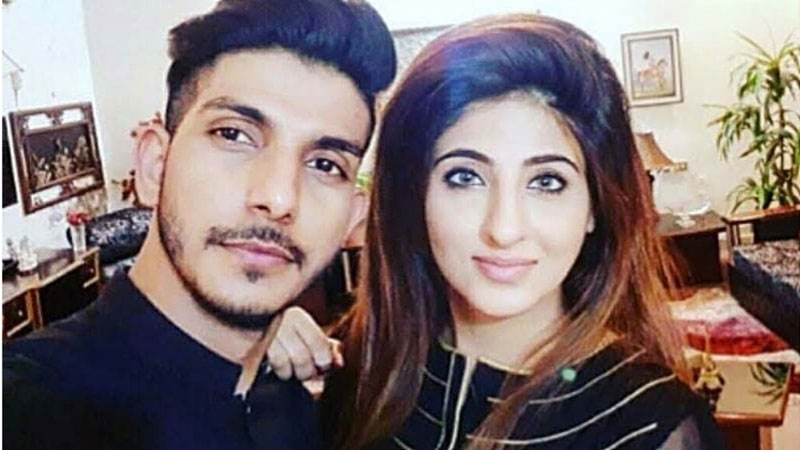 Former anchor Fatima Sohail filed for separation from her husband Mohsin Abbas Haider, on Tuesday after she bravely spoke of alleged domestic violence at the hands of the actor earlier this year.

Sohail, who had claimed earlier that Mohsin Abbas Haider had “dragged,” “kicked,” and “punched” her, filed for separation in Lahore’s family court. It was filed by Barrister Ehtesham on her behalf.

She said in her petition that her husband had extramarital relations with another woman and that he physically abused her. She did not wish to be with Mohsin Abbas Haider anymore, she stated.

Fatima Sohail appealed to the court to issue a decree after accepting her request for separation.

On Thursday last week, she had appealed to the inspector-general of police (IGP) for Punjab to change the investigation officer in her domestic abuse case.

Speaking on a morning show, Sohail had said the biggest lie told by Haider was that nothing could be proven in court. “The case has not even gone to court. “Only an investigation by the police has taken place in which it has been found that Haider was innocent over the matter of money. He was found guilty of abusing and making threats,” she had said.

Further, Sohail had alleged that the police was providing relief to and not arresting Mohsin Abbas Haider. “This clearly shows the involvement of the police. I would request IG Punjab to transfer the investigation to an honest person.”

Actor and singer Mohsin Abbas Haider was granted interim bail in the case by a sessions court earlier. Speaking to media last month, the actor had said he hoped to end “this battle of truth and lies” and that the issue was a “family matter”.