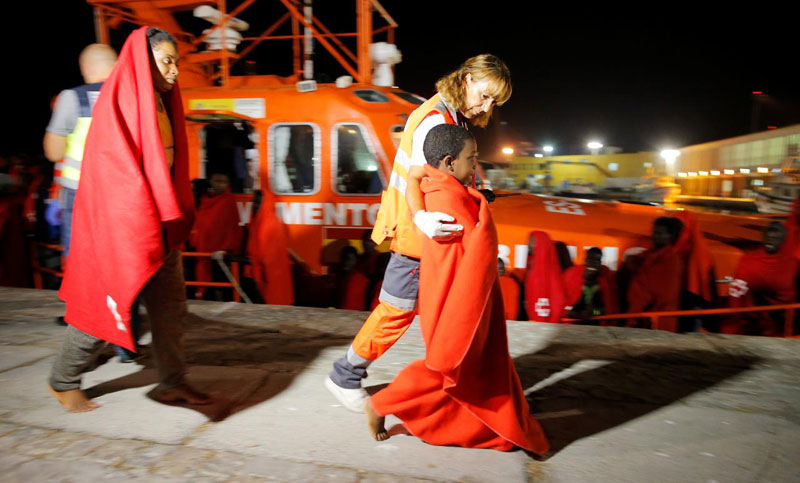 Almost 200 people were rescued attempting to make the dangerous crossing from North Africa to Spain on Monday (Sep 2), the coastguard said. The rescues come amid a debate in Spain over the role that charity boats should play in assisting government efforts after a Spanish non-governmental organisation ship was at the centre of a standoff with European states last month. In the Strait of Gibraltar, 73 people were rescued from three boats, among them 10 minors, Spanish rescue services said. Another 110 people were rescued from five boats in the Alboran Sea, the majority of whom will be taken to the port of Malaga. Arrivals to Spain so far this year by mid-August were a little over 18,000, Interior Ministry data shows, a 39 per cent reduction on the same period last year. United Nations data show irregular sea arrivals from the Middle East and North Africa to European Union dropped from more than 1 million in 2015 to some 141,500 people last year while nearly 15,000 people are estimated to have died or gone missing in the perilous sea voyage.