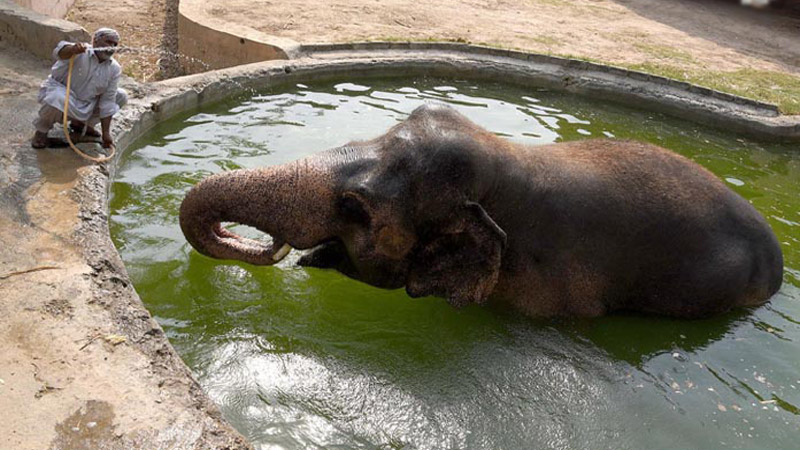 ISLAMABAD: The Islamabad High Court (IHC) on Monday ordered the zoo administration to save the animals from any harm and address the adverse conditions in zoo.

Chief Justice Athar Minallah observed that it has proved that Islamabad Zoo is not meeting the standards set for a zoo internationally.

Justice Athar Minallah said that they intend to bring three more elephants while even not properly taking care of a lone elephant in the zoo.

Addressing the zoo officials, the chief justice said if you people could not facilitate the elephant send it back to Sri Lanka.

Deputy Director of the ministry said that a PC-I was forwarded to the planning commission for improving the conditions in Islamabad zoo to the international standard but the proposal was rejected.

The officials said that none of Pakistani zoo including the zoological gardens at Karachi and Lahore meet international standards.

The court remarked, if you could not provide proper food and care to animals then send them back to (their countries of origin).

The court adjourned hearing of the case until September 6.

In an earlier hearing, Chief Justice Athar Minallah said that the court will not leave the responsible people if anything will happen to the animals at the zoo.

The IHC had earlier handed over the charge of the zoo to the Ministry of Climate Change due to the adverse condition of animals in the zoo.