Presidential campaigns kick off in Tunisia 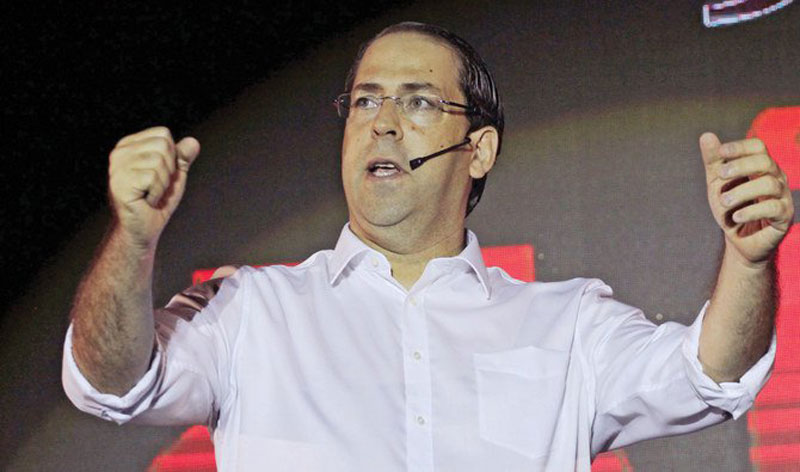 TUNIS: Campaigning for Tunisia’s presidential elections opened Monday with 26 candidates vying to replace late leader Beji Caid Essebsi in a vote seen as vital to defending democratic gains in the cradle of the Arab Spring.

Seven million Tunisians are expected to head to the ballot box in the Sept. 15 poll, which was brought forward from November following Essebsi’s death in July.

He had been elected in the wake of the 2011 uprising that overthrew former dictator Zine El Abidine Ben Ali and set off revolts in many Arab countries that forced other veteran leaders out.

Tunisia has been praised as a rare case of democratic transition after the Arab Spring, and Essebsi in 2014 became the country’s first democratically elected president.

But the North African country has struggled with repeated extremist attacks, along with inflation and unemployment that have hit the popularity of Prime Minister Youssef Chahed.

Tunisia’s electoral commission, which approved Saturday the final list of 26 presidential hopefuls, has banned the publication of surveys, making it difficult for pundits to evaluate each candidate’s strength.

The election comes as Tunisia has been wracked by internal conflict, including struggles between Chahed and the late president’s son that led the premier to quit the ruling Nidaa Tounes party and form Tahia Tounes.

Launched at the start of the year, Tahia Tounes has become the second largest party in Parliament behind the Ennahdha Party.

Aged 43, Chahed is the country’s youngest prime minister and has delegated his powers to the public services minister to devote himself to the election campaign.

He faces competition from a slew of candidates, including interim parliamentary speaker Abdelfattah Mourou, of Ennahdha, as well as former Defense Minister Abdelkrim Zbidi.

Another powerful opponent could be media magnate Nabil Karoui, who despite his arrest on Aug. 23 for alleged money laundering is still eligible to run according to Tunisian law.

“It is the first time that Tunisians have no idea who will become their president,” according to the Tunis-based Joussour think tank.

Joussour noted there were only two frontrunners in the last election in 2014 — Essebsi and former President Moncef Marzouki.

“Now everything is possible,” it said.

Chahed launched his overseas campaign Saturday in the French city of Lyon, casting himself as a human rights defender. Some 1.2 million Tunisians live overseas, mainly in Europe.

“We hope to speak with Tunisians to explain to them … our vision for a stronger Tunisia, a more modern and developed Tunisia, and a Tunisia that truly believes in the universal values of human rights,” he told AFP ahead of a campaign meeting.

He also denied accusations from Karoui backers that he had masterminded the arrest of the controversial media magnate.

“I had nothing to do with this,” he said, stressing that Karoui’s arrest was a legal issue.

Karoui, who recently set up a political party, Heart of Tunisia, has said he was targeted by “attempts to undermine his growing popularity.”

In recent years, Karoui used his popular Nessma TV — which is now facing a ban to cover the election — to launch high-profile charity campaigns, handing out food and clothing in front of the cameras.

Chahed’s government tried to eliminate Karoui from the race, by voting earlier this year on an amended electoral code which was passed by Parliament in June but not ratified by Essebsi before his death.

Tunisia’s electoral commission, which approved Saturday the final list of 26 presidential hopefuls, has banned the publication of surveys, making it difficult for pundits to evaluate each candidate’s strength.

Abdelkarim Zbidi told AFP in an interview that if he were elected he was determined to “restart the social ladder” and improve public services so they become “accessible” for all Tunisians.

The 69-year-old former defense minister, who presents himself as an independent technocrat, said he would also like to revise the constitution in order to give the head of state more powers.

“Power cannot be shared,” he said, adding however that it would be up to the Tunisian people to choose, through a referendum, if they want a “parliamentary regime or a presidential one.”

Another prominent presidential hopeful is Abdelfattah Mourou, a 71-year-old lawyer and the first candidate ever announced by Ennahdha.

Mourou is known as a moderate and is one of the founding members of the Islamist-inspired party.

Political analyst Hamza Meddeb said he believed Mourou would make it to the second round of voting expected to be held the first week of November.

“The big unknown is who will be his rival,” Karoui, Chahed or Zbidi, he said.

The final list of candidates revealed on Saturday includes only two women — former Tourism Minister Salma Elloumi and Abir Moussi, who heads a group formed from the remnants of Ben Ali’s ruling party.