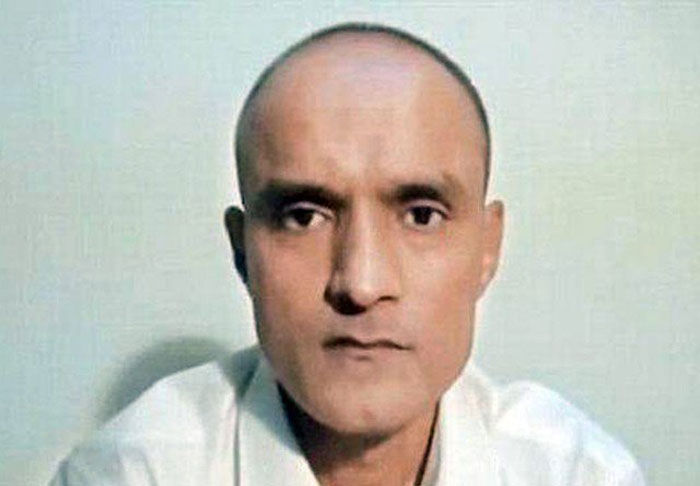 Pakistan on Monday granted consular access to an Indian spy on death row, in line with Vienna Convention on Consular Relations, International Court of Justice (ICJ) verdict and the laws of Pakistan.

“Pursuant to the decision of the International Court of Justice, Pakistan provided consular access on September 2, 2019, to India for Commander Kulbhushan Jadhav, Indian spy, serving Indian naval officer and RAW operative,” a statement issued by the Foreign Office said. “As a responsible member of the international community and in line with our international commitments, Pakistan has provided unimpeded, uninterrupted consular access to India to Commander Jadhav,” the statement added.

“The consular access was provided at 1200 hours and lasted for two hours, in the presence of officials of the government of Pakistan,” the Foreign Office said. “Gaurav Ahluwalia, Charge d’Affaires of the Indian High Commission in Islamabad availed the consular access,” it said. “On India’s request, there was no restriction on the language of communication. In order to ensure transparency and in line with standard operating procedures, and as conveyed to the Indian side in advance, the access was recorded,” the statement concluded.

The consular visit comes weeks after the International Court of Justice in July ordered Islamabad to provide the prisoner and spy Kulbhushan Jadhav with consular access but rejected India’s demand he be freed.

“While we await a comprehensive report, it was clear that Shri Jadhav appeared to be under extreme pressure to parrot a false narrative to bolster Pakistan’s untenable claims,” India’s foreign ministry spokesman Raveesh Kumar said in a statement. The spokesman added that India will decide its next moves after receiving a detailed report from its Deputy High Commissioner in Pakistan Gaurav Ahluwalia who met with Jadhav. “The government remains committed to continue to work towards ensuring that Shri Jadhav receives justice at the earliest and returns safely to India,” Kumar added.

According to the statement, External Affairs Minister Subrahmanyam Jaishankar also spoke to Jadhav’s mother and briefed her of the latest developments.

A senior Indian government official earlier on Monday confirmed New Delhi’s acceptance of Islamabad’s offer and said that New Delhi hoped “Pakistan will ensure right atmosphere so that the meeting is free, fair, meaningful and effective in keeping with the letter and spirit of the ICJ orders”.

Last month, Pakistan had made a formal offer to India to provide consular access to Jadhav and was awaiting a response from the other side. Speaking in New Delhi, Raveesh Kumar had confirmed that they had received the proposal from Pakistan, but said they were evaluating the proposal in light of the ICJ judgement. He had declared that India would maintain communication with Pakistan in the matter through diplomatic channels.

Jadhav, a former Indian naval officer, was arrested in March 2016 in Balochistan, a region where Islamabad has long accused New Delhi of backing Baloch insurgents.

A military court awarded him death sentence on April 10, 2017, following his confession that he had mounted operations for RAW to conduct terrorist activities on the Pakistani soil.

In June 2017, the Indian spy filed a mercy petition against death penalty, in which he again confessed to his involvement in terrorist activities. However, before Pakistani authorities could make a final decision, the ICJ, after being approached by India, ordered a stay in his execution through an interim order. In its final verdict announced on July 17 this year, the ICJ asked Pakistan to provide consular access to Jadhav under the Vienna Convention. However, the Hague-based ICJ rejected India’s request for acquittal, release and return of Commander Jadhav. Tensions have soared between the arch-rivals in recent weeks following Prime Minister Narendra Modi’s move last month to revoke the autonomy of the Indian-held Kashmir. In response Prime Minister Imran Khan has launched a diplomatic offensive against India and also led mass protests lambasting Modi.