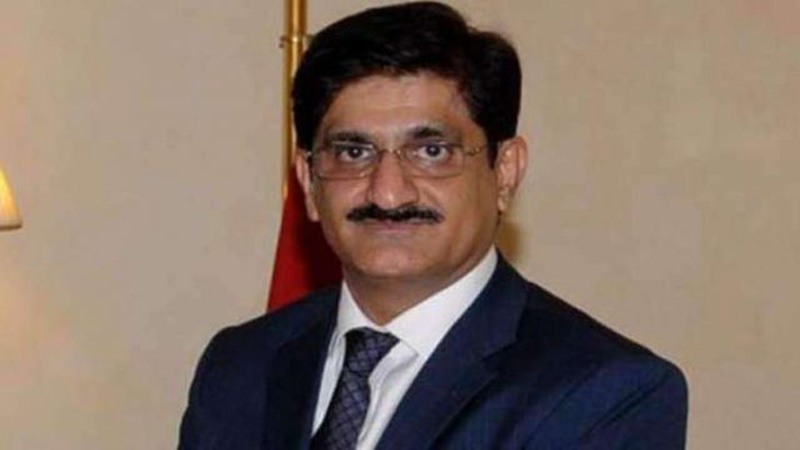 Murad-Ali-Shah-640x360The Sindh and the federal governments have jointly constituted a technical committee to review the K-IV project technical report to be submitted by NESPAK by the end of current month so that project could be carried forward. The NESPAK has estimated that the cost of the K-IV project would be around Rs 120 billion.

This decision was made in a high-level meeting which was attended by Federal Minister for Planning & development Khusro Bakhtyar, Deputy Chairman Planning Commission Jehanzeb Khan, Secretary Planning Zaffar Ahsan and Member of Planning Commission Major Gen (r) Zahir Shah at the CM’s House.

The dignitaries were told that there were some alignment issues on which NESPAK was working to conduct third party assessment. The NESPAK GM Jawaid Mir, Mirza Asif Baig and Mohammad Afzal who represented NESPAK in the meeting said that they might suggest some modification in the existing alignment of the canal.

They told the meeting that they were conducting geo study of the embankment of the canal whether they would be able to sustain the pressure of 660 MGD water. “We would complete the study by end of current moth and then submit it to the provincial government.

At this Federal Minister Khusro Bakhtyar said that the project which was at advance stage needed another technical review by an expert team. The chief minister suggested to constitute a joint team of provincial Planning & Development Department and Planning Commission of the federal government to review the technicalities of the report to be submitted by the NESPAK. The participants of the meeting agreed to constitute a team which would be notified by the federal Planning Commission.

The NESPAK said that the project would cost around Rs 120 billion. At this the chief minister said that it would cost Rs 150 billion because of the devaluation of rupee against the dollar. Moreover, a 50MW power plant has also been proposed for the project. The consultant has almost finalized the PC-I of the power project.

Meanwhile, the chief minister said that K-I and K-II/III had been designed with the capacity of 480 MGD which was reduced by 100 MGD due to silt and other technical issues. He proposed to conduct a separate study to improve the capacity of K-I and K-II/III projects. Shah told the federal government representatives that water was the issue of life and death for this megalopolis city of Karachi. “We started K-IV so that it could be completed but over 15 years have passed to its planning and implementation and still it seems that it would take few years more,” he said.

Minister Planning & Development Khusro Bakhtyar suggested to install desalination plants in the city to cater urgent need of water but they would take two to three years in completion. The chief minister said that his government was ready to install desalination plants in the city of the federal government extend financial support. The federal minister assured the chief minister of his support and urged him to submit necessary proposal for approval.

The FWO and Sindh government showed their resolve to complete K-IV project by removing all its bottlenecks. The NESPAK team also told both the governments that they would work out a workable plan to complete the project by making some implementable design and alignment changes.

Earlier, the chief minister led the federal minister, Khusro Bakhtyar, Governor Imran Ismail to Kinjhar Lake, some 30 kilometres left of Thatta city at intake point of the K-IV project by helicopter. They visited the site of mouth of the project, the canal, the conduits and the bridges constructed so far and also got briefing from the FWO engineers.

Amongst these projects, Competitive and Livable City of Karachi (CLICK) is a Rs33.6billion ($240 million) WB-assisted project in which Sindh government is committed to share $10 million.

The project is aimed at improving the performance of Karachi local councils and agencies in urban management, financing and service delivery programs and improving the business environment for private sector development in the city.

The proposed project will support four major components to be executed under the supervision of local government, excise & taxation and Sindh investment departments. Under the project local councils would be given performance-based grants. Urban property tax system to be improved, improvement to be brought in city competitiveness & business and technical assistance would be given to Sindh Solid Waste Management.

The chief minister told the WB delegation that the project has been cleared in CDWP and by ECNEC. Now, it can be started with the approval of the World Bank. The World Bank director said that he would issue their clearance letter within a month.

Another project, Karachi Water and Sewerage Services Improvement Project (KWSSIP) Phase-I is a Rs14.72 billion project in which World Bank would give 40 percent or $42.084 million assistance while AIIB would also give 40 percent or $42.084 million soft loan and the provincial government would bear Rs2.945 billion or 20 percent of the total cost. The project would be completed in five year.