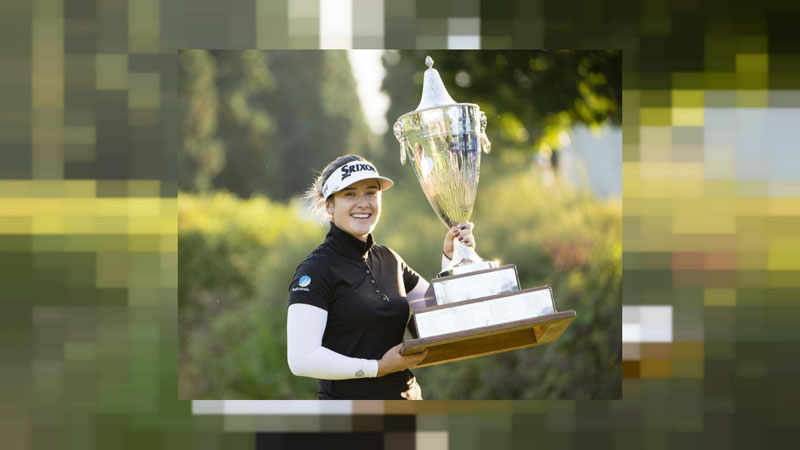 Australian Hannah Green erased a three-stroke deficit over the final four holes to win the Cambia Portland Classic on Sunday, denying qualifier Yealimi Noh a dream victory and an LPGA Tourcard. Green closed with a five-under-par 67, making par on the final hole for a 21-under 267 total, one clear of Noh after the American 18-year-old bogeyed the last by missing a 15-footer. “I tried my best,” Noh told the Golf Channel. “Hannah just played really solid, really great. She stayed really strong at the end. “It sucks (to fall short). But, hopefully, I’ll come back next year, after Q-School this year, and play on the tour next year.”

Noh, who started the round three strokes clear of Green, was attempting to become just the third Monday qualifier to win an LPGA Tour event and looked well on her way to doing that when she birdied the 14th to reach 22-under. However, her hopes were dashed when dropped shots at 16 and 18 as Green snatched the win with birdies at the 15th and 17th. She made a seven-foot par putt at the 18th to seal the deal. “To hole that putt is really awesome,” Green said. Brooke Henderson (2015 Cambia Portland Classic) and Laurel Kean (2000 State Farm LPGA Classic) are the only two players to win on the LPGA Tour as Monday qualifiers. American Brittany Altomare finished third at 17-under, while Japan’s Nasa Hataoka and Canada’s Brooke Henderson tied for fourth at 15-under. It was a second LPGA Tour win for 22-year-old Green, who got her first victory in June at a major – the Women’s PGA Championship.