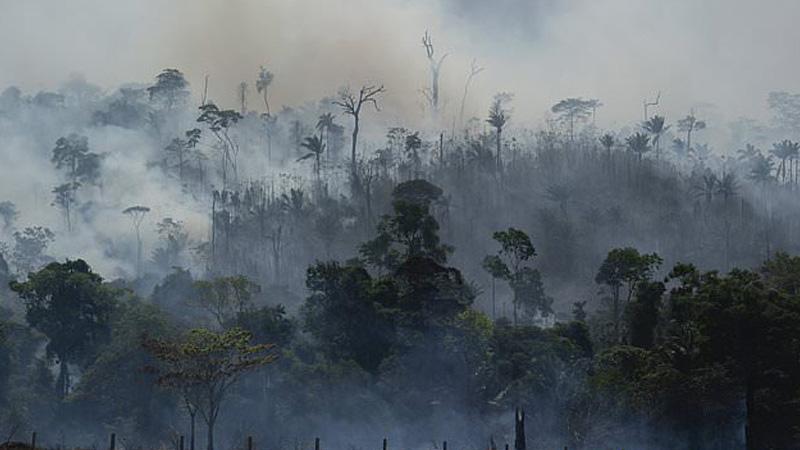 Brazil’s National Institute for Space Research says there were 30,901 fires in the Amazon region in August, the highest for the month since 2010. The data released on Sunday shows there was a 196% increase in fires in comparison to August of last year. In August of 2010 there were 45,018 fires. Fires are most common in the Amazon during August through October during the dry season. The data comes amid an international outcry over the increase in fires in the Amazon and President Jair Bolsonaro’s environmental policies, which favor economic development over conservation.