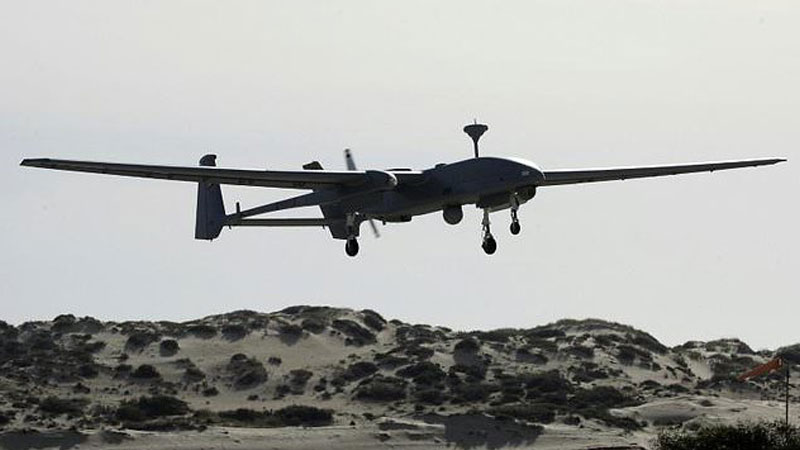 Long a pioneer in drone technology, Israel today sees its superiority challenged by Iran and its ally Hezbollah which are also developing military UAVs.

The past week has illustrated the complex and shifting dynamics.

On August 24, Israel struck what it said was an attempt to stop an Iranian force from launching a cross-border drone attack from a Syrian village.

A day later, two drones which Lebanon said were Israeli crashed in the southern suburbs of the Lebanese capital Beirut, an area dominated by Israel’s longtime foe Hezbollah.

The Lebanese army later fired at a number of Israeli drones.

On Saturday, Hezollah leader Hassan Nasrallah vowed that Israel “must pay a price” for the alleged August 25 strike.

On Sunday, Iran unveiled what it said was a new reconnaissance and attack drone with a range of more than 1,000 kilometres (620 miles).

Meanwhile in Iraq, Israel has been accused of being behind several attacks and drone sightings against a paramilitary group. Israel has not confirmed its involvement.

Israel also has not claimed responsibility for the drones found in Beirut but accused Hezbollah of making precision missiles in the neighbourhood, allegations that may well have been formulated with the help of drone surveillance.

The Jewish state’s use of unmanned aircraft for gathering information is hardly new.

In 1982, during a war in Lebanon, Israel was equipped with drones. After the October war of 1973, in which neighbouring Arab states caught Israel unawares, it began developing drones to gather real-time information on its rivals.

“In the first Lebanon war, in 1982, the system was operational. It was a surveillance system — real-time, optical intelligence by camera,” French-Israeli David Hariri, who led the project, told AFP. They were gradually fitted with infrared cameras, lasers to identify specific targets and electromagnetic intelligence systems, Hariri, often dubbed the father of Israeli drones, added.

“The soldiers had been ordered to use them but they were a bit of mockery — ‘what are we going to do with a small plane like that?'” he recalled. Things changed after they showed their value on the battlefield, he said.

Harari said Israel was the first country to create such a national drone programme in its military.

Israel, self-dubbed the “start-up nation”, has developed its sector and is now a leading light in the global UAV market.

Today, about 50 local start-ups are working on drone prototypes, according to Israel’s economy ministry, which says the industry is worth billions.

Israel was the leading global exporter of drones between 2005 to 2013, according to a study by a specialist firm.

But the drone industry is moving fast with miniaturisation, the commercialisation of low-cost recreational devices and new players like China, Russia and Iran challenging US and Israeli dominance.

“We were the first ones, that is true, but (today) everybody is using them,” Uzi Rubin, former head of Israel’s missile defence and now an analyst with the Jerusalem Institute for Strategy and Security, said.

Smaller drones flying at low altitudes can carry explosive charges and attack military bases or other strategic sites. “This is a threat to any military because it can drop explosives very accurately on key sensitive installations,” Rubin said.