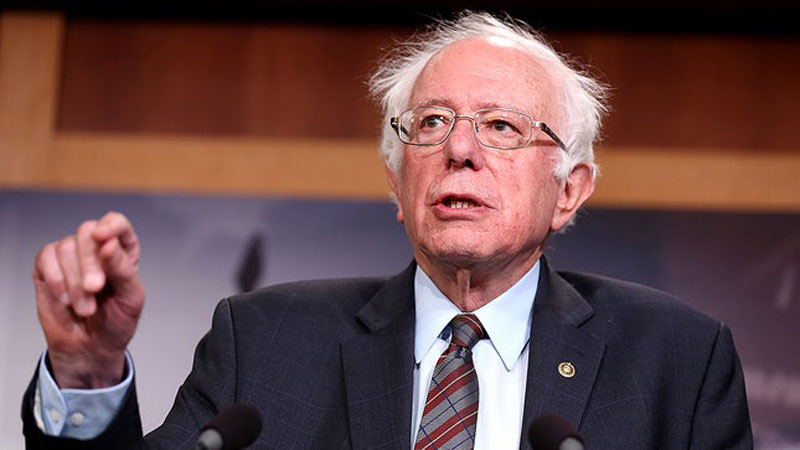 US Senator Bernie Sanders on Sunday raised the plight of Kashmiris, who have been living under a lockdown for four weeks in Indian-held Kashmir (IHK), while separately addressing the 56th Convention of Islamic Society of North America (ISNA).

Speaking at the event, Sanders, a Democratic presidential hopeful for the US Elections 2020, called India’s move to annex IHK “unacceptable”.

“I am also deeply concerned about the situation in Kashmir where the Indian government has revoked Kashmiri autonomy, cracked down on dissent and instituted a communications blackout.

“The crackdown in the name of security is also denying the Kashmiri people access to medical care. Even many respected doctors in India have acknowledged that the Indian government-imposed restrictions on travel are threatening the life-saving care that patients need,” he said.

“The communications blockade must be lifted immediately and the United States government must speak out boldly in support of international humanitarian law and in support of a UN-backed peaceful resolution that respects the will of the Kashmiri people,” the senator stated.

Meanwhile, the Organisation of Islamic Cooperation called for immediate lifting of curfew, restoration of communication and respect for fundamental rights of people in IHK. In a statement, the OIC reaffirmed the internationally recognised status of Jammu and Kashmir dispute. The OIC General Secretariat stressed the need for resumption of dialogue process between Pakistan and India, which is a prerequisite for development, peace and stability in South Asia.