Iranian oil tanker pursued by US off the coast of Syria 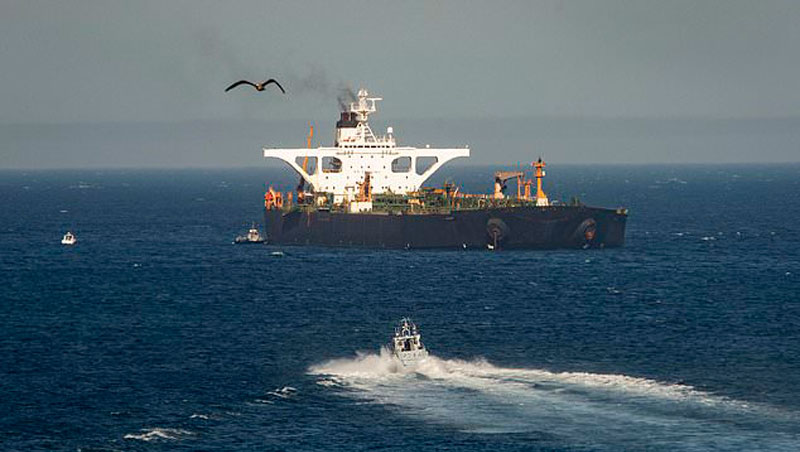 An Iranian oil tanker pursued by the US is off the coast of Syria. The ship-tracking website MarineTraffic.com shows the Adrian Darya 1, formerly known as the Grace 1, slowed to a near-stop on Sunday some 50 nautical miles (92 kilometers) off Syria. The ship still does not list a destination for its 2.1 million barrels of oil, worth some $130 million. The Adrian Darya was held for weeks off Gibraltar after being seized by authorities there on suspicion of violating EU sanctions on oil sales to Syria. The US has a warrant in federal court to seize the ship and has been warning nations not to accept it. Meanwhile, Iran’s deputy foreign minister and economists are to travel to Paris on Monday to speak with French officials.