Cases against PTI leadership should be heard in Sindh: Saeed Ghani 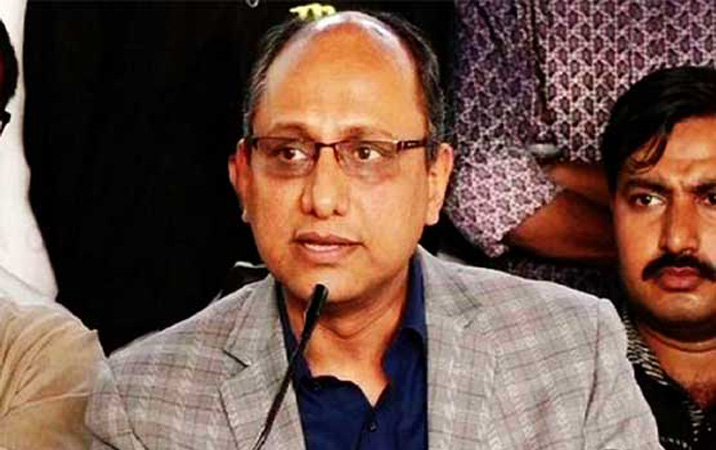 Pakistan People’s Party leader and Sindh Minister for Information and Labor Saeed Ghani has said that never in history it has happened that the case was tried in another province on the charges concerning Sindh province and the accused are also being kept in a prison of another province.

Saeed Ghani said that if PPP leaders were being tried and kept in jail then why not the PTI leaders from Punjab and Khyber Pakhtunkhwa – Aleema Khan, Jahangir Tareen, Asad Qaisar, Zulfi Bukhari and Punjab Speaker Pervaiz Elahi – be tried in Sindh, and they all should be incarcerated in Sindh.

He said that PPP leaders are being arrested only on charges which have neither been investigated yet nor proved but the PTI members of federal, Punjab and KP cabinets have not been arrested or tried despite charges of mega corruption.

Zardari and Faryal Talpur are being treated worse than Indian spy Kulbhushan Jadhav, Indian pilot Abhinandan Varthaman and former spokesman of TTP Ihsanullah Ihsan. Faryal Talpur was not taken to attend Sindh Assembly session by the Punjab authorities despite her production order was issued.

This is the way federation is treating representatives of Sindh, he said. He said that Zulfikar Ali Bhutto was also tried in Punjab.

President Asif Ali Zardari was exonerated in all cases and had to suffer nearly twelve years in jail for the crimes he had never committed. Not a single accusation against him was proved in court of law. Similarly, the accusation on which President Zardari and Ms. Talpur are languishing in prison concerns Sindh but they are being kept in jail in Punjab.

The decision to send this case to Punjab was against the law and constitution, Saeed Ghani said.

They said that government had committed ‘contempt of court’ by disobeying the orders of Supreme Court. “Is PM Imran Khan is above the all laws,” the PPP women legislators said. They questioned the across the broad accountability in the country.

The PPP women lawmakers asked the government to take practical steps instead of giving mere statements on Kashmir issue. They said the government had made contacted with only 12 foreign countries to apprise them about ongoing Kashmir situations, which they termed as great blow to Pakistan foreign policy.

Nighat Orakzai said the incumbent government acts are reminded us about former military dictator Ziaul Haq regime. She said it was completely unfair to disallowing Aseefa Bhutto to meet her father. She said that Prime Minister Imran Khan is following footsteps of Indian premier Modi. She alleged that PM had sold out Kashmir during his visit to United States.

Senator Robina Khalid criticized that the performance of PTI led federal and provincial governments was remained dismal during last one year as they failed to meet all targets, especially failure to fulfil promises made with the masses.

Commenting on tragic incident in Kohistan district of Khyber Pakhtunkhwa, Senator Robina Khalid said that provincial government of PTI was remained inactive during the Kohistan incident, in which at least 26 lost their lives and many left injured. Furthermore, she criticized that the PTI failed to bring any changes despite its six years rule in Khyber Pakhtunkhwa She observed that the recent medical test had exposed its claim about education emergency in the province.

Senator Rubina Khalid said that the attitude of KP Chief Minister is undemocratic. She said the lies are telling on social media. She said it was completely unjust to disallow daughter to meet with father. She said there is clear difference between words and deeds of the incumbent government.