‘Pak-Turk ties based on mutual trust, cooperation, friendship and sincerity’ 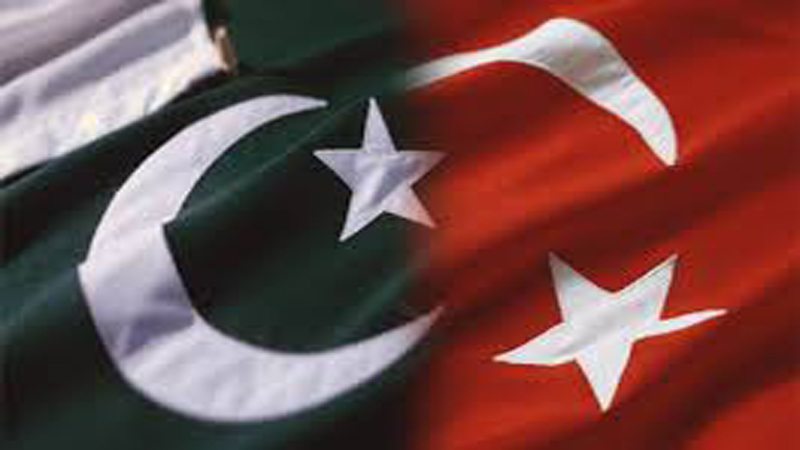 Sindh University Vice Chancellor Prof Dr Fateh Muhammad Burfat and Consul General of Turkey in Karachi Tolga Ucak have said that Pakistan and Turkey had a wide range of commonalities in social, religious, economic, political, civil, academic and professional domains with a bilateral track record of cordial relations that was based on mutual trust, cooperation, friendship and sincerity. The above views were advanced by the two dignitaries at a ceremony organised by Sindh University in the honour of Tolga Ucak who arrived at SU by way of courtesy and goodwill to visit the premier institution of higher learning in Sindh.

The ceremony was held at Senate Hall of the Vice Chancellor Secretariat with Prof Dr Burfat in the chair.

While offering presidential remarks on the occasion, Dr Burfat said that he had been to Turkey quite a number of times, visiting universities; and that the love and warmth that had received from his Turkish counterparts and general public were indescribably stunning and unbelievably amazing.

“People of Pakistan and Turkey are bound together by a joint mystic tradition, encompassing in single string the spiritual poetic legacy of Mauvelana Jalaluddin Rumi, Allama Muhammad Iqbal and Shah Abdul Latif Bhittai,” the VC emphasised.

Dr Burfat also underlined the role of Khilafat Movement towards helping the Ottoman Caliphate in 1885 while the latter had to go through a bit of tough times.

CG Tolga Ucak stated that though Pakistan and Turkey were geographically located far off from each other, the hearts of the people of the two countries throbbed together on account of abundant love both mutually cherished for one another.

“Turkey offers multiple exchange and regular scholarship opportunities in diverse fields. I would insist upon SU faculty and students to surf these options online on relevant websites to avail them. In addition, I would also stress on people of two countries to seek to learn Urdu and Turkish, respectively, as the two languages possessed five thousand common words. This lexical similarity must be cashed in on,” the CG urged.

Ucak added that he was glad to learn from SU vice chancellor about hundreds of SU faculty and students having availed Turkish study incentives and those scores of others were currently following suit, especially in the field of chemical sciences.

“Our deeply rooted relations are not only continuing in a steady way but also getting different dimensions and we witness happily the rise in the fields of cooperation between our nations each day. Our consulate in Karachi is also doing its best to further bridge ties between people and institutions of the two already brotherly countries.” Ucak has continued.

Earlier, Director Bureau of Students Tutorial, Guidance, Counselling Services & Co-Curricular Activities (STAGS) Dr Sumera Umrani presented welcome speech wherein she highlighted historical relationship of Pakistan with Republic of Turkey. She briefed the chief guest about current enrolment of students and teachers in various disciplines in Turkey. It was followed by exchange of souvenirs including presentation of memento shield to the distinguished diplomat.