No end in sight to country’s energy sector woes

The joint press briefing on August 30 by Special Assistant to Prime Minister (SAPM) for Petroleum, with Minister of Energy and SAPM on Information, on his side, has come as a big disappointment. It is amply evident the government has no clue on how to fix the energy sector’s woes, which are gradually drifting not just this sector but also the nation’s economy towards ruin.

The present government, which has been in power for over a year now, is yet to articulate formally its vision and plan for resolving the major issues that are currently ailing the energy sector and setting this critical support sector of the economy on a firm and viable footing.

All we heard during the above press briefing was a bunch of piecemeal, disjointed, issue-specific, and perhaps business-lobbyist-driven initiatives, which can hardly be considered coming from a well thought out, carefully crafted, and cohesive strategic vision or plan of the government for the energy sector.

Motivational writer and speaker, Zig Ziglar, had once observed, “You are born to win, but to be a winner, you must plan to win, prepare to win, and expect to win.” 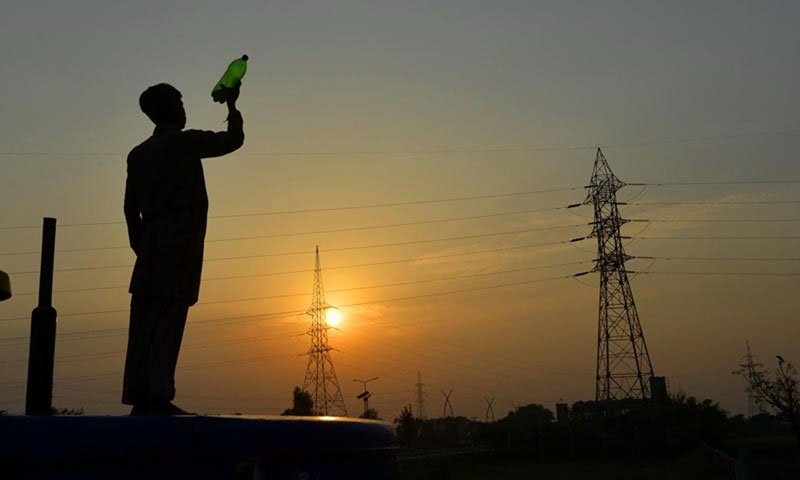 It appears that our leaders in the government strongly believe that they are born to win and there is also no dearth of expectations on their part for winning, but they have completely missed the fact that, to be winners, they also needed a proper plan and rigorous preparation.

If the government thinks that such piecemeal and disjointed initiatives will automatically fall in place, like the pieces of a jigsaw puzzle, into a viable strategic plan, it should think again as this is not going to happen. Energy planning and policy-making are too serious an undertaking to have been left to a task force drawn from representatives from a few ministries and other public sector entities, and even that as a part-time job for them in addition to their day-to-day routine duties.

It is a complex, multi-faceted, and highly specialised discipline, and requires a team of highly capable and experienced professionals who have a good grasp of the diachronic nature of global energy markets, continuously evolving technological trends, complexities of the global energy resources distribution and geopolitical dynamics around these issues.

Everything is not going well in this sector as some around him would like him to believe. The crisis is deepening further with every passing day

The PTI, as a political party, may be new to the government, but it certainly isn’t new to the political arena, as it has been vying for power almost for the past two decades. It came to power last year riding on the crest of a vote bank that was feeling disillusioned by the overwhelmingly corrupt past regimes, and wanted to try something fresh.

It promised to the nation that, if elected to power, it will root out corruption, inefficiencies, and malpractices from every sector and will set new examples of good governance and merit-based administration and management in the country. The nation desperately wanted such a change and was quickly hooked on to the PTI’s slogans of change. The honeymoon seems to be coming to an end, however, as high hopes are beginning to wane.

PTI should have done its homework before going into the last elections and should have visions and plans ready for the major sectors of the economy including the energy sector. Hindsight makes it evident that it did nothing of that sort and came to power hoping to bring change on mere slogans.

Once assuming power, the government should have deployed competent and upright professionals quickly to head the major energy sector entities to plug the bleeding, stop the massive corruption and get down to preparing strategic and action plans to reform these organisations using the services of a team of capable and experienced hands.

One year has passed, and it is hard to believe that the country has become so barren that the government has not been able to find a few competent and honest professionals to head the energy sector entities as most of these are still being run on ad hoc basis, either on acting charge basis or through the staff of the Ministry in Islamabad.

On the plan and policy front, the government seems to have faltered too. Instead of assigning these tasks to a carefully selected professional team, it decided to follow the beaten track, that is, by forming task force consisting of bureaucrats drawn from various ministries and representatives from some other energy sector entities. It was a specialised job and, therefore, should have been left for the specialists to handle.

Members of the task force may be well-meaning, dedicated, and sincere in their efforts, but they just don’t have the requisite expertise and skills that energy sector planning and policy-making warrants. They seem to have been “captured” by the influential business lobbies, and whoever can win the audience with the top leader or the one next to him, is coming back triumphantly with an initiative or order in his favour.

The Prime Minister has allowed himself to be surrounded by a large group of special advisors and assistants who seemed to have suddenly mushroomed from nowhere, without having any local roots or experience, and even any political stake. They are not only blocking the PM’s vision but also misleading him by telling him that all is going well when, in fact, it isn’t.

Our Prime Minister, as a human being and leader, enjoys a great deal of trust and goodwill among the masses of this country who have pinned too much hope with him that he will bring some positive relief in their plight and pull the country out of the present cesspool into which the previous regimes have left the nation. This is the main reason that despite being put to unprecedented hardship in the past year, they still haven’t lost all hope in him and are still willing to give him more time. But frustration seems to be setting in already.

He must break himself free from this coterie of special assistants and advisors who are currently blocking his view to see things clearly and accurately.

He must consult a wider group of energy sector professionals to take objective stock of the situation and take bold and correct decisions that are desperately required to overcome the continuously worsening situation in the energy sector.

Everything is not going well in this sector as some around him would like him to believe. The crisis is deepening further with every passing day. But, “the trouble with most of us is,” in the words of Norman Vincent Peale, “that we would rather be ruined by praise than saved by criticism.”

The writer is a freelance consultant, specialising in sustainable energy and power system planning and development