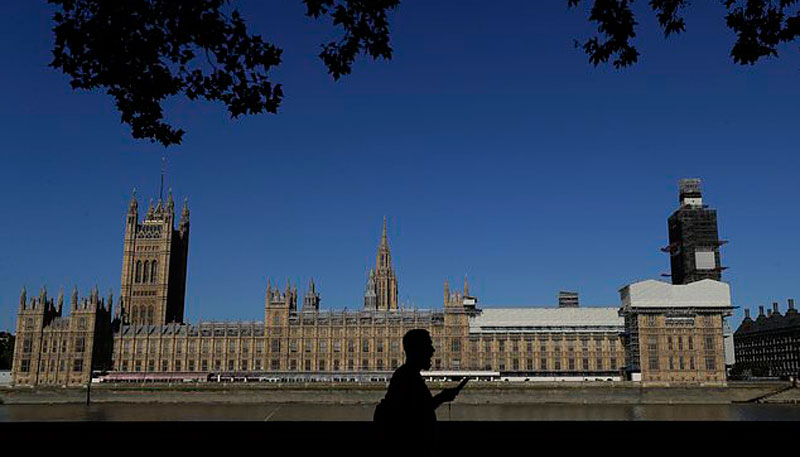 It’s long been known that Britain’s Parliament building must be vacated for urgent repairs that will take years and cost billions, but the problem now goes beyond the water leaks and vermin infestation to Britain’s global reputation as a model of democracy-in-action.

In parts of the world where Britain’s parliamentary system and adherence to the rule of law provided a model to emerging nations, Prime Minister Boris Johnson’s brusque decision to shut down Parliament for crucial weeks ahead of the looming Brexit deadline is seen by some as proof that Britain, too, can be subject to a power grab.

Johnson’s gambit may pay off if he is able to make Brexit a reality on Oct. 31 without doing grave damage to Britain’s economy, but the widely held perception that he is shuttering Parliament to squelch debate (despite his claims to the contrary) has been roundly condemned in key parts of the former British Empire, including some where Queen Elizabeth II is still accorded the status of head of state.

Many Britons – politicians and the public alike – have a lofty view of the country’s role in world affairs, emphasizing its seat on the United Nations Security Council, its nuclear arsenal, and its traditional influence in trouble spots like the Middle East. But the prolonged impasse over Brexit, which was approved more than three years ago but still hasn’t taken place, has taken a toll on how much of the world views Britain’s vaunted political institutions.

Nicholas Sengoba, a columnist in the former British colony of Uganda, said Johnson’s action shows that Britain is not immune to the abuse of power that has plagued some African nations. “The whole notion that a British prime minister cannot be as powerful as an African dictator has been stripped off,” he said.

The prolonged Brexit stalemate in Britain has made the former colonial power “look extremely bad” because there is no clear leadership and no consensus on what the actual consequences of a “no deal” Brexit might be, he said.

Britain’s longstanding reputation for openness and fair play has been tarnished by a years-long rift in the opposition Labour Party over whether party chief Jeremy Corbyn and his top advisers tolerate anti-Semitism – there has even been a police investigation of some party members – and a desire to keep foreigners from settling in Britain under liberal European Union regulations was at least in part responsible for the 2016 Brexit vote in favor of leaving the 28-nation bloc.