Could cryptocurrency dethrone the dollar? 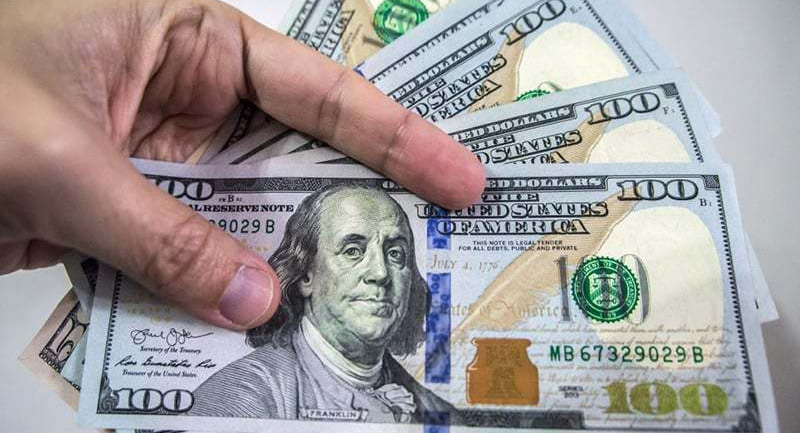 Bank of England governor Mark Carney has suggested that a virtual currency, modelled on Facebook’s Libra, could one day replace the dollar as king of the foreign exchange market.

Here is a brief assessment of why the greenback is losing its lustre and the outlook for Carney’s proposed new digital currency, which would be supported by major central banks around the world.

The dollar has been the world’s reference currency since the Bretton Woods agreement in 1944, when various key units were fixed to the value of the greenback. It has retained its global supremacy ever since, thanks to the economic and political clout of the United States.

“The dominant currency is always that of the world’s biggest political power,” noted Philippe Waechter, head of research at Ostrum Asset Management.

The dollar accounted for almost 62 per cent of global foreign exchange reserves in the first quarter of 2019, according to the International Monetary Fund.

The European single currency was second with 20.2 per cent, while China’s yuan comprised only 2 per cent despite the country’s rise to the rank of the world’s second biggest economy behind the US.

WHY IS GREENBACK LOSING ITS APPEAL?

Although the dollar has lost its sparkle owing to globalisation and the changing world economic order, gyrations in the US unit still impact economies elsewhere.

“US developments have significant spillovers onto both the trade performance and the financial conditions of countries even with relatively limited direct exposure to the US economy,” Carney said at the recent bankers’ meet in Wyoming.

When the greenback appreciates, so do repayments for many emerging nations because their debts tend to be denominated in dollars.

The BoE chief, who steps down in January, added: “In the longer term, we need to change the game.”

The public sector, in the form of central banks, could instead provide the best support for a new virtual currency, according to Carney.

“It is an open question whether such a new (cryptocurrency) would be best provided by the public sector, perhaps through a network of central bank digital currencies,” he said.

Yet central bankers and world leaders alike remain anxious over the current crop of virtual currencies because they are unregulated.

US President Donald Trump himself has lashed out at Bitcoin and Libra for being “based on thin air” and having no standing or dependability – unlike the dollar.

Commentators believe Washington is unlikely to allow the greenback to lose its cherished status as the world’s premier reserve currency.

“The United States will simply not allow it to happen without a fight. Nobody in its position would,” said Rabobank analysts.

The BoE governor meanwhile made explicit references to Libra – a future cryptocurrency unveiled by social media giant Facebook in June.

Carney avoided all mention of Bitcoin, which is the world’s most popular digital unit but has been plagued by volatility.

Libra, which aims to launch in the first half of 2020, will be backed by a basket of currency assets to avoid the wild swings of bitcoin and other cryptocurrencies.

Yet Libra has also attracted the ire of central bankers owing to its origin in the private sector.

“Central banks are a little annoyed by this (Facebook) bid to privatise currency,” said Agnes Benassy-Quere, a researcher at the Paris School of Economics.

Whereas Bitcoin is decentralised, Libra will be co-managed by 100 partner firms including Facebook itself.