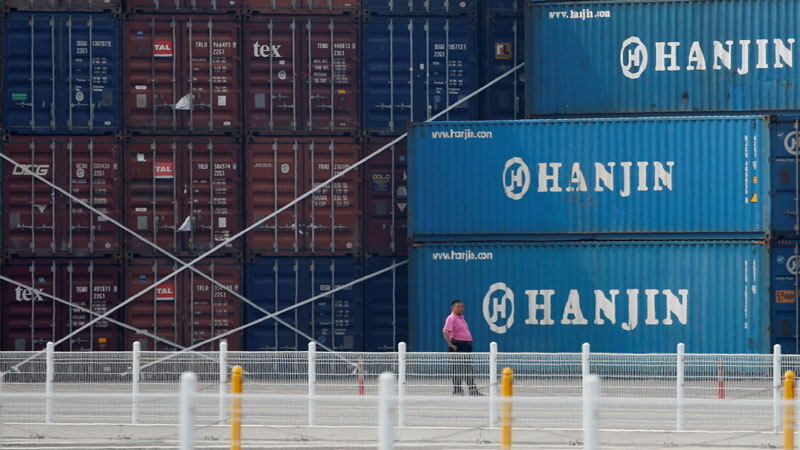 The bleak data clouded the outlook for Asia’s fourth-largest economy as a brewing trade dispute with Japan emerged as a new risk to the export-dependent economy on top of the prolonged conflicts between the United States and China.

Exports in August plunged 13.6% from a year earlier, the trade ministry data showed, exactly matching a median 13.6% fall forecast in a Reuters survey and marking the third month with a double-digit rate of drop in exports.

That further dented growth prospects for South Korea and strengthened the case for an additional policy easing by the central bank, soon after a surprise interest rate cut in July, for the first time in three years.

“There’s no sign of the export momentum gaining strength as the U.S.-China trade dispute continued while Japan’s export curbs and the political unrest in Hong Kong have shaken business sentiment,” said Lee Sang-jae, an economist at Eugene Investment and Securities.

South Korea is the first major exporting economy to report foreign trade data each month and its companies include some of the world’s top suppliers of chips, smartphones, cars and ships, so providing an early guide to the health of the global economy.

On Sunday, the finance minister also said South Korea was now likely to miss this year’s growth target, just two months after the government downgraded the goal to 2.4-2.5% from 2.6-2.7% earlier.

The sluggish exports in August were led by a 30.7% drop in shipments of semiconductor chips that account for a fifth of the total, while a decline of 21.3% in sales to neighbouring China also contributed, the ministry data showed.

Disputes with Japan were hardly a welcome development, although the effect has been negligible. Japan has tightened curbs on exports of high-tech materials to South Korea, and each has stripped the other of fast-track export status.

Imports in August fell 4.2% from a year earlier, largely in line with a prediction of a 4.0% drop in the Reuters survey. That brought this month’s trade surplus to $1.72 billion, compared with a $2.40-billion surplus in July.

The data came days after the central bank held its policy interest rate unchanged at 1.50% on Friday after a 25 basis-point cut in July, while keeping the door open for another reduction. It next reviews its policy on Oct. 16.

South Korea’s economy grew 1.9% during the first half in annual terms and private sector organisations predict full-year growth will fall to as low as 1.4% from 2.7% last year, one of the worst figures in decades.

On Thursday, the government proposed for next year the most aggressive budget spending plan since the 2008-2009 global financial crisis.