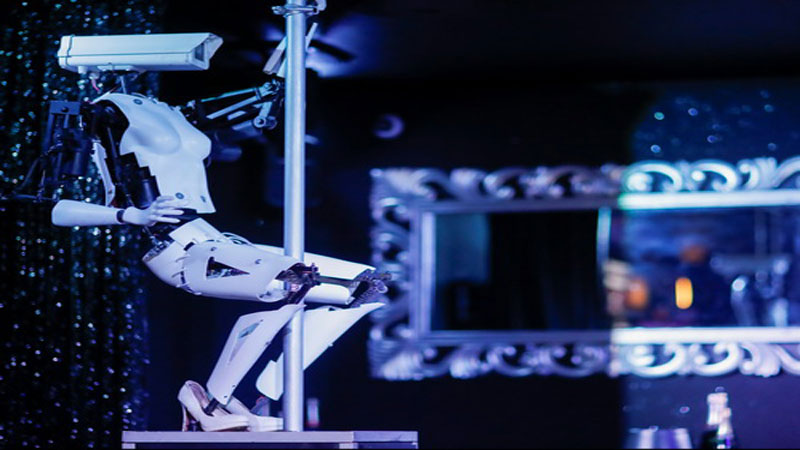 Robots are often accused of stealing people’s jobs but night club dancers have not had to worry – until now. Two robots in high heels will make their debut next week at the SC-Club in Nantes, western France, performing pole dancing routines for a month to mark the club’s fifth anniversary. Designed by British artist Giles Walker, the robots have their metal bodies overlaid with parts from plastic mannequins. “For us, it’s a wink, a homage in a way to robotics,” club owner Laurent Roue told Reuters, acknowledging it was an unlikely sector for robots to be used in. “We need something human, warmth, physical contact, and this is really putting together opposites.”