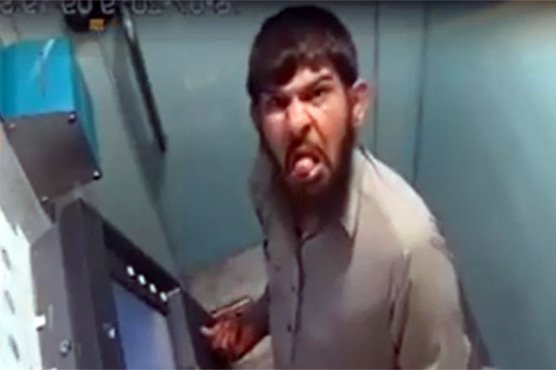 ATM thief identified from viral CCTV footage in Rahim Yar Khan for his antics at a local ATM boot, dies in the police custody a day after of his arrest.

The mute man identified as Salah Uddin Ayubi of Gujranwala’s Kamonkay district was arrested on Friday in Rahim Yar Khan, in the midst of conducting the same act. The incident occurred on Shahi road at Habib Bank Limited.

On Friday, the man once again entered an ATM booth – this time in Rahim Yar Khan – and was in the process of breaking the machine’s exterior when he was caught red-handed by other customers.

A case was registered against the accused man under Sections 411 (dishonestly receiving stolen property), 427 (mischief causing damage to the amount of fifty rupees), 454 (lurking house trespass or house-breaking in order to commit offence punishable with imprisonment) and 380 (theft in dwelling, house, etc) of the Pakistan Penal Code.