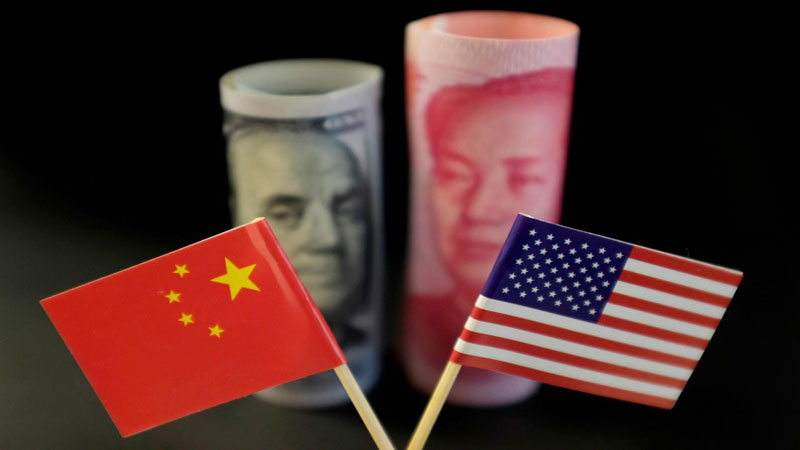 China said on Saturday it strongly opposes Washington’s decision to levy additional tariffs on $550 billion worth of Chinese goods and warned the United States of consequences if it does not end its “wrong actions”.

The comments made by China’s Ministry of Commerce came after the US President Donald Trump announced on Friday that Washington will impose an additional 5% duty the Chinese goods, hours after Beijing announced its latest retaliatory tariffs on about $75 billion worth of US goods, in the latest tit-for-tat moves in their bilateral trade dispute.

“Such unilateral and bullying trade protectionism and maximum pressure violates the consensus reached by head of China and United States, violates the principle of mutual respect and mutual benefit, and seriously damages the multilateral trade system and the normal international trade order,” China’s commerce ministry said in a statement on Saturday.

“China strongly urges the United States not to misjudge the situation or underestimate determination of the Chinese people,” it added.

Trump’s latest tariff move, announced on Twitter, said the United States would raise its existing tariffs on $250 billion worth of Chinese imports to 30% from the current 25% beginning on Oct. 1, the 70th anniversary of the founding of the communist People’s Republic of China.

At the same time, Trump announced an increase in planned tariffs on the remaining $300 billion worth of Chinese goods to 15% from 10%. The United States will begin imposing those tariffs on some products starting Sept. 1, but tariffs on about half of those goods have been delayed until Dec. 15.

Trump was responding to Beijing’s decision on Friday night that it was planning to impose retaliatory tariff on $75 billion worth of US imports ranging from soybean to ethanol. China will also reinstitute tariffs of 25% on cars and 5% on auto parts suspended last December.

The White House economic adviser said earlier in the week the Trump administration was planning in-person talks between US and Chinese officials in September. It is unclear if the bilateral meeting would still take place.

The year-long trade war between the world’s two largest economies has roiled financial markets and shaken the global economy.