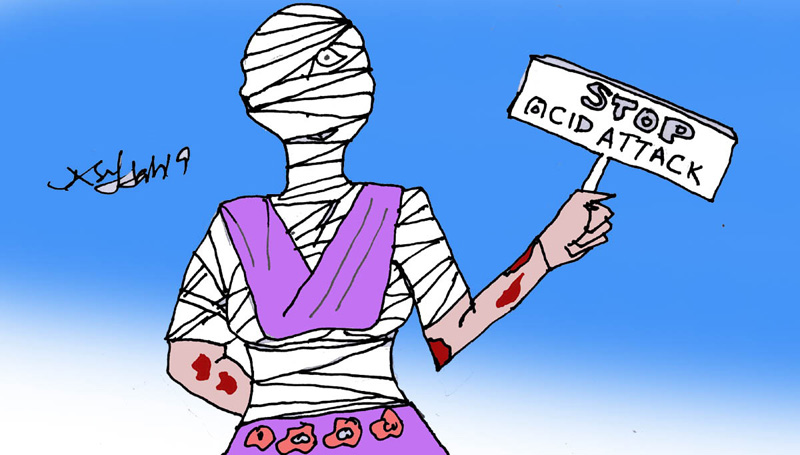 Sir: Women in Pakistan are being subjected like honour killing, forced marriage, domestic violence and acid attack are common acts which are being faced by Pakistani women. But in reality women are the real architect of a nation without assist of women.

It is really tough for a country to step forward towards the development and advancement. But unfortunately in Pakistan 90 percent acid attack cases were undecided because they belong to poor families.

According to a report, 65 percent cases of acid and burn occurred in the country within few years. If it is continued then it would be really tough for the poor citizens to live peacefully in their life. It hurts me to mention that when it comes to poor families then there is no justice for them because they are called poor. It is the responsibility of police authorities to tackle an action against those people who are involved in such activities so that poor families should be saved from such bad activities.