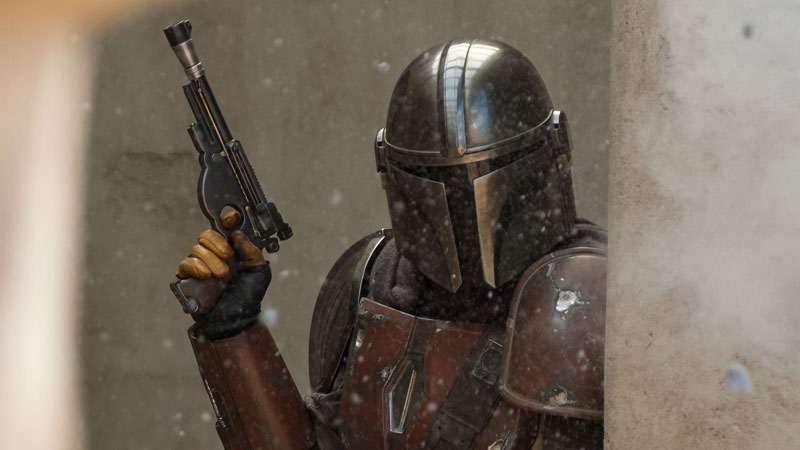 The long-awaited first trailer for ‘The Mandalorian’, the ‘Star Wars’ franchise’s upcoming Disney+ series, was unveiled during Disney’s D23 conference on Friday. The series arrives on the streaming service on November 12th. “After the stories of Jango and Boba Fett, another warrior emerges in the Star Wars universe. The Mandalorian is set after the fall of the Empire and before the emergence of the First Order,” the series’ synopsis states. “We follow the travails of a lone gunfighter in the outer reaches of the galaxy far from the authority of the New Republic.” The Mandalorian stars Game of Thrones vet Pedro Pascal as the titular character, as well as Nick Nolte, Giancarlo Esposito, Werner Herzog, Gina Carano, Carl Weathers and the voice of director Taika Waititi. “Bounty hunting is a complicated profession,” Herzog’s character says, the lone dialogue spoken in the minute-long trailer. “Don’t you agree?”