Modernization of Islamic Education: Where to look for examples 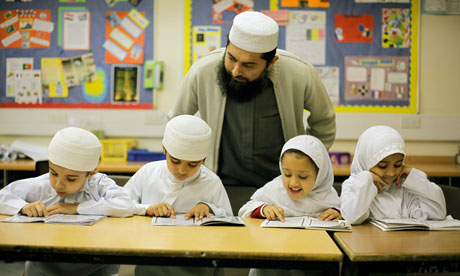 Pakistan drastically needs modernization of its Islamic education system especially the Madrassah culture. During his recent visit to Washington DC, Prime Minister Imran khan showed his concerns regarding Islamic education system which is why he is considering introducing new reforms to the troubled Madrassah education of Pakistan. The recent meeting between Imran Khan and Mulana Tariq Jameel shows that the Premier is looking around for advice to establish these reforms. Furthermore, COAS has also shown keen interest in bringing Madaris into the main stream educational system of the country. There is no doubt that the Prime Minister has shown his abilities in the domain of foreign affairs and building relations internationally.

Turkey, also known as our brethren country gives Pakistan the best example of modernization of Islamic Education. When Turkey stood victorious in the fight for independence in 1923, the republic was established on a secular ideology and a major crackdown was initiated on religious activities, to an extent the Arabic numbers were removed from Turkish language and replaced by roman numerals. Naturally as the Turks come from an Islamic background, they were not happy with the transition from their Islamic roots and demanded the government to provide them with religious education. Government could not deny the basic religious rights of the people hence they came up with an alternative to madrassa education and named it Imam-Hatip Schools.

Imam-Hatip schools have been crucial for Turkey’s policy to give Islamic education while bringing it under main streamed education system so that all students could get equal education. Imam-Hatip schools provide both Islamic Education to students such as Hifz of Quran, knowledge of Hadith and Sunnah along with vocational training to the students. Their curriculum is highly centralized and is developed by the Directorate of Religious Affairs who divides the education system into two part: primary and secondary, over a span of 4 years. Every year equal weightage is given to Islamic Courses as well as Vocational classes such as math, physics and chemistry. The graduates of these schools could then be placed as imams of Mosques throughout the country who are certified to be imams and the rest would have the option to enroll in universities for higher education. This also opens another opportunity window to put certified imams at mosques who are certified scholars. The main aim of these schools is to instill “Religious sensibility” into the students teaching them the way to lead a life of a true believer but also making sure that these students are not left behind in practical life.

Pakistan is plagued with high illiteracy rates as well as extremism. It is on a mission of revamping its image in the world as a non-extremist and terror free country. In order to do this the government needs to find a perfect tactic to deal with both these highly crucial issues. Turkey is seen as a model Muslim country for the world because it has been able to harmonize Islam and Democracy successfully. It is time for Pakistan to take lessons from Turkey and start working on the modernizing Madrassah culture. A separate directorate should be established for Madrasahs which should be responsible to bring them into government regulations and also regulate the education curriculum so that no student is left behind and all students are given the right to both Islamic education and mainstream vocational learning. It is high time for Pakistan to move out of conventional methodology and move toward modernization.

This writer is currently doing German Turkish Master’s program in Social sciences. His main focus of studies is in Modernization, Democratization, Islamization and Civil Society Organizations.