Afghanistan: is it time for harvesting peace? 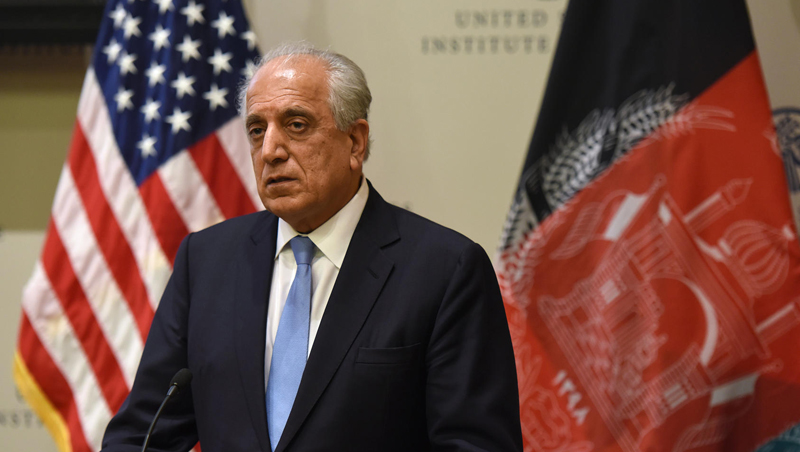 Zalmay Khalilzad, the US special envoy, is anxious to translate his president’s desire for the troop withdrawal from Afghanistan through a deal as soon as possible. War-wary Taliban are also eager, so it seems, to strike a deal. At the same time, President Ashraf Ghani has also jumped into the fray raising questions as to who will sign the final agreement on behalf of the Afghan government. The issue resonated repeatedly also during the 17th round of Track 11 Pak-Afghan dialogue Beyond Boundaries held at Islamabad on August 22.

Members of the Afghan delegation extended full support to the signing of the Doha agreement. According to them, 90% of the issues on the table have already been finalized and that the majority of Afghan citizens would not mind postponing even the impending presidential elections set for September in favour of long-awaited peace.

Nothing should stop obstruct the peace process as every single Afghan is craving for peace. However, they apprehended that mere finalization of the Doha deal might not be good enough to ensure lasting peace and stability in Afghanistan. A lot would depend on the Taliban’s attitude towards power sharing, women and institution-building issues, etc. Most members of the dialogue , led by the Center for Research and Security Studies, nonetheless appreciated the role that Pakistan has played and the positivity witnessed after President Ashraf Ghani’s visit to Pakistan in late June. The visit helped remove some critical misgivings in Afghanistan about Pakistan’s intentions.

The 13-member Afghan delegation appreciated the tangible assistance Pakistan had extended to facilitate the Doha US-Taliban peace negotiation. They noted that Pakistan was a major player but the role of other countries like Russia, China, Iran and India could not be minimized if the aim were to ensure peace and stability in Afghanistan. The Afghan and Pakistani members of Beyond Boundaries also met with Foreign Minister Shah Mahmood Qureshi who reiterated Pakistan’s commitment to “the Afghan owned and Afghan led peace process”. Eventually it is up to the Afghans to decide what kind of government they want to establish in their country. Qureshi underscored that Pakistan does have any favorite and it would support and talk to any government elected by the Afghan people. Pakistan would work with the government for improved bilateral relations including trade and visa facilitation.

The foreign minister sounded quite optimistic about the positive trajectory in the bilateral relations after Ghani’s visit and said that building on this momentum was mutually beneficial. He informed the delegates that very soon his counterparts from Afghanistan and China will be in Islamabad for a trilateral ministerial meeting on Afghanistan and the peace process.

We shall have to work together to pursue a win-win situation for both of us, he said and informed the dialogue members that despite the suspension of the Indo-Pak trade following India’s provocative revocation of Kashmir’s special status, it has not stopped the Afghan transit trade to India. We don’t want to hurt our Afghan friends, and this underscores Pakistan’s commitment to Afghanistan. This commitment, he said, could be reinforced through people to people contacts. Only a people-centric relationship could survive crisis, he underlined and that is what we need to work for.

We shall have to bury the past, he said. Everybody has made mistakes but sticking to the baggage doesn’t help. Neither will the blame game help. We have to chart a way forward based on shared ideals of peace and development, the foreign minister said. The message by the foreign minister as well as the sense of the dialogue was crisp and clear; old loaded narratives have to give way to new forward-looking narratives. Therein lies the salvation and a better future for both countries, was the sense among the participants of the dialogue.