* To supplement Independence Day celebrations, the Daily Times will highlight, all of August, the individuals who continue to make Pakistan proud. Our 22nd interview is with internationally acclaimed, award-winning actress Sajal Ali 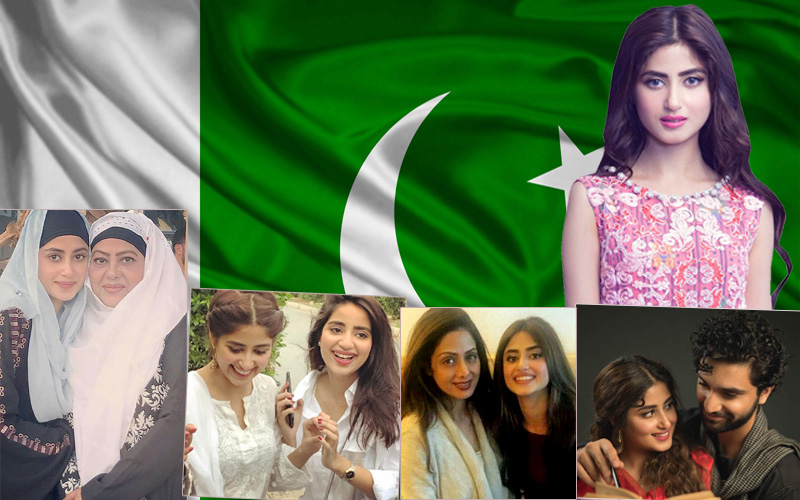 Tell us about your foray in the field of acting. How did it all begin for you?

I joined acting by accident.

You have played a variety of characters in a wide range of drama serials. Which character has been your favourite and why?

Each character has had a positive impact in my life. However, to answer your question, I would say ‘O Rangreza’, Chammi from ‘Aangan’, Dr Zobia in ‘Yaqeen Ka Safar’ and Paris from ‘Sannata’ were definitely my favourite characters because I got the opportunity to expand my horizons in acting by playing those roles!

What are some of the rules you live by in the industry for survival?

To stay true to yourself, never compromise on your principles and stay away from negativity.

You are the proud recipient of many Best Actress awards. What according to you has been your biggest achievement so far?

My fans who have supported me since day one of my career! They are my biggest strength and their support/appreciation is equal to any award!

Do you think it is challenging for a woman to make her mark in the industry?

Definitely, especially when I started out in this field. But times are changing and now we see women in decision making positions, leading both projects and teams. There’s definitely been a positive shift in the attitude of men towards women from the industry!

How do you deal with rumours and negative press?

I don’t believe in retaliating at every possible news. I stay positive and maintain my silence.

Times are changing and now we see women in decision making positions, leading both projects and teams. There’s definitely been a positive shift in the attitude of men towards women from the industry!

If you were to direct/produce a film/drama serial, what issue or genre would it revolve around?

I don’t think everything should be issue based. If I was to create something, it would be entertaining yet will spread new ideas to our society.

Tell us about a memorable moment in your career.

A memorable moment for me was when I realised how much of an impact my work has. I now know that Pakistanis all over the globe watch our dramas.

My fans, friends and family.

I would like to play my part in giving my country recognition in the global arts community because today, where I stand is only because of my country Pakistan!

Quaid-e-Azam Muhammad Ali Jinnah and Abdul Sattar Edhi since childhood have been my idols. I also look up to women who have fought for women empowerment such as Asma Jehangir and Fatima Jinnah.

Sajal Ali is a multiple award-winning versatile actress, known to have played a variety of characters in a range of serials, film and telefilms from contemporary, social to romantic dramas. Her first appearance on screen was in a comedy drama ‘Nadaaniyaan’. She received praise for her breakout role in family drama ‘Mehmoodabad Ki Malkain’. Subsequently, she rose to prominence for portraying leading roles in several successful television series, including the comedy ‘Mohabbat Jaye Bhar May’, the romances ‘Sitamgar’ and ‘Meri Ladli’, the family comedy ‘Quddusi Sahib Ki Bewah’ and the drama ‘Gul-e-Rana’.

Sajal starred in the global box office hit ‘Mom’, rubbing shoulders with Bollywood icon Sridevi. The film was released in four languages and became a critical and commercial success. At the box office, the film has grossed $25 million worldwide, including $16.02 million in China.