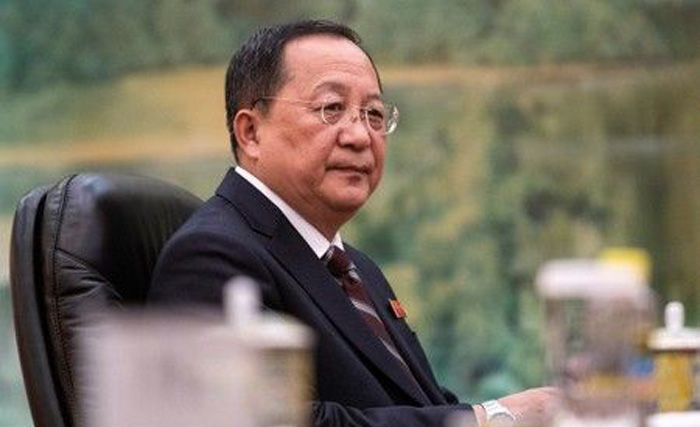 North Korea’s top diplomat said on Friday that U.S. Secretary of State Mike Pompeo was a “diehard toxin” who only complicates denuclearisation talks and North Korea was ready for both dialogue and standoff.

Talks aimed at dismantling the North’s nuclear and missile programmes have stalled since a failed second summit between U.S. President Donald Trump and North Korean leader Kim Jong Un in the Vietnamese capital of Hanoi in February.

Trump and Kim met again in June at the inter-Korean border and agreed to reopen working-level negotiations, but that has not happened.

Since the Vietnam summit, North Korea has demanded that Pompeo be replaced with a “more mature” person, while lauding the rapport built between Kim and Trump.

Ri referred to Pompeo’s remarks in recent press interviews in which he said sanctions would be kept until North Korea takes concrete actions on denuclearisation.

“He is truly impudent enough to utter such thoughtless words which only leave us disappointed and sceptical as to whether we can solve any problem with such a guy,” Ri said in a statement carried by the official KCNA news agency.

Ri also accused Pompeo of casting “dark shadows” over the talks and being more interested in his political ambitions than in U.S. foreign policy.

“If the U.S. still dreams a pipe dream of gaining everything through sanctions, we are left with two options, either to leave it enjoying the dream to its heart’s content or to wake it up from the dream,” Ri said.

“We are ready for both dialogue and standoff.”

U.S. envoy Stephen Biegun, who leads working-level talks with North Korea, was in Seoul this week to discuss ways to get negotiations back on track.

“We look forward to the progress of denuclearisation talks in terms of mutual trust and respect between the U.S. and North Korea, culminating in good results,” said deputy spokesman Kim Eun-han of South Korea’s Unification Ministry on Friday, when asked about Ri’s statement.

North Korea has fired a series of short-range missiles in recent weeks in protest against U.S.-South Korea joint military exercises and the adoption of new weapons, complicating the reopening of the talks.