The last of the icons from Lahore, melody maker Khayyam dies in India

* Knowing Khayyam in person as he was the elder brother of my lifelong friend Mushtaq Hashmi, I shall take you along his musical journey as I lived with his music all my life 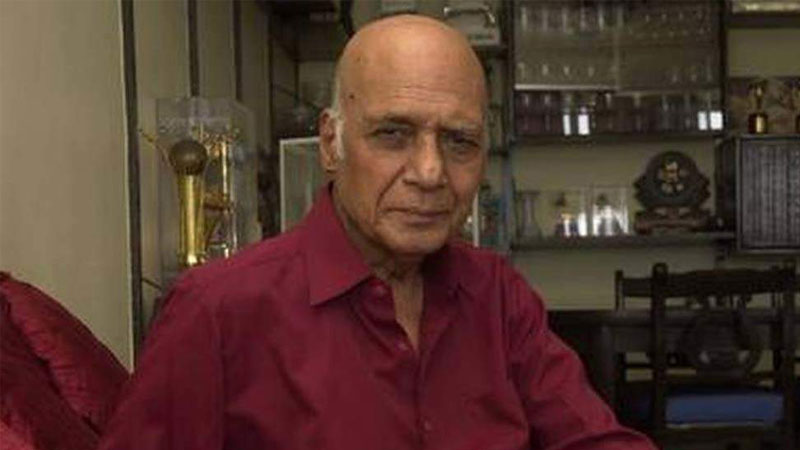 What an honour for a runaway child from Lahore to become a successful musician and buried with state honour!

Knowing Khayyam in person as he was the elder brother of my lifelong friend Mushtaq Hashmi and brother of A Shakoor Bedil, I shall take you along his musical journey as I lived with his music all my life. My friends say that I was lucky to have sung eight Ghazals of Pakistani poets in his music for my audio album Tera Intezar. Khayyam’s story is a story of constant struggle for Muhammad Zahoor Hashmi known as Khayyam, hailing from Lahore and fleeing to Bombay before the creation of Pakistan to make a name for him in the art of making music compositions; in a society where Muslims are still considered a minority.

In this scenario he married Jagjit Kaur of Sikh religion, belonging to another minority in India. All his life she gave Khayyam a supportive role both at home and work.

What an honour for a runaway child from Lahore to become a successful musician and buried with state honour!

Looking back at Khayyam’s life, his early days were full of constant struggle and lack of work starting from his first film ‘Heer Ranjha’ in 1948. He worked as Sharma Ji and previously worked with Rehman Verma as Verma Ji Sharma Ji duo. His partner opted to stay in Pakistan. He sang ‘Dil Yun Yun Karta Hei’ with Geeta Roy for this Nazim Panipati produced film with lyrics by Wali Saheb. This was followed by the film ‘Parda’ in 1949 in which Asha Bhosle and Zohrabai Ambale Wali sang songs with Muhammad Rafi. The song ‘Akele Main Woh Ghabrate Tau Haun Gei’ written by Wali Saheb became hit when the film ‘Biwi’ was released in 1950. Muhammad Rafi is on record to admit that this song paved way for him for further work. Despite another Wali Saheb’s film ‘Putli’ and Nargis starrer (Director Akhtar Hussain, her brother) film “Pyar Ki Batain’ in 1951, the break for Khayyam came in Zia Sarhadi directed film ‘Foot Path’ starring Meena Kumari and Dilip Kumar. Talat Mahmud’s blue mood excelled in the song ‘Sham-e-Ghum Ki Qasam’ penned by Majrooh Sultanpuri and Ali Sardar Jafri. A cabaret song ‘Aa Raa Re Rum’ by Asha Bhosle introduced melody in a Pop song.

Movies ‘Gul-e-Sabober’ 1953, Dhobi Doctor and Gul Bahar 1954 and Tatar Ka Chor 1956 came with Khayyam’s music but success came in Ismat Chughtai’s film Lala Rukh in 1958. The song ‘Pyas Kutch Aur Bhi Bharka Di Jhalak Dikhla Kei’ penned by Kaifi Azmi, composed on just Sitar and Tabla and crooned bay Talat and Asha became talk of the town. Even Asha had mentioned that she was surprised that such a strong melody was not dependent on rich orchestral support. It was Shyama and Talat Mahmud starrer film. The same year success awaited Khayyam in Raj Kapoor starrer film ‘Phir Subha Ho Gi’ directed by Ramesh Saigal. All nine songs were liked especially ‘Woh Subha Kabhi Tau Aaei Gi’ by Mukesh and Asha. Poet Javed Akhtar stated that even if Khayyam did not compose any other melody, this song was enough to make his music immortal. Asha Bhosle stated in one of her interviews that she expected a line of film offers for her and Khayyam after this success but that never happened. Raj Kapoor stuck to his favourites Shankar Jaikishen (SK). Khayyam Saheb told me that SK had visited him not to accept any offers from raj Kapoor camp. Khayyam, gentle as he was, agreed to SK’s request.Films ‘Bambai Ki Billi – 1960 and ‘Barood’ (Lata’s song Rang Rangeela Sanwara’) did average business.

1977 film ‘Shankar Hussain’ was a film whose story was away from normal routine. It is a 1977 film directed by Yusuf Naqvi. It has memorable songs; ‘Kahin Aik Masoom Nazuk Si Larki’ sung by Mohammed Rafi and ‘Aap Yun Faasilon Sei Guzarte Rahe’ and ‘Apne Aap Raaton Mein Chilmanain Sarakti Hain’, sung by Lata; classics of Khayyam’s repertoire.Dr. UdeyShankar raises an orphan Muslim child Hussain as one of his own. Years later, Husain is studying in college while Ajay returns home after completing his medical studies. Shortly after this, Dr. Uday Shankar dies and Ajay devotes himself to carrying on his father’s good name and legacy by serving the poor people of his village as a doctor. Meanwhile, Husain falls in love with a Muslim girl named Gulsum. Ajay also falls in love with a Hindu girl named Kusum. Things get complicated when they find out that Gulsum and Kusum is the same girl. In 1978 film ‘Tirshul’ by director Yash Chopra, Khayyam gave hit songs like lullaby ‘Tu Mere Saath Rahe Ga Munne’ by Lata; a song enticing revenge in a child against his father who had deserted his other when she was pregnant. Happy songs like ‘Gapu Ji Gapu Ji Gum Gum’ by Lata and Nitin Mukesh, ‘Kehte Darti Ho’ by Lata and Kishore, ‘Kabhi Qasmain Na Torain’ by Lata and Kishore, ‘Aap Ki Mehki Hui Zulf Ko Kehte Hain Ghata’ by Lata and Yesudas and troika ‘Har Taraf Husn Hei Jawani Hei’ by Kishore, Lata and Yesudas are famous songs of this Amitabh, Waheeda, Rakhi, Hema, Shashi and Poonam Dhilon starrer film. The latter heroine stated that Khayyam always treated her like his daughter.

Movie Chambal Ki Qasam (1979) had a charming duet ‘Simti Hui Yei Gharian’ by Lata and Rafi. Movie ‘Khandaan’ shall be remembered for Lata’s ‘Yei Mulaqat Ik Bahana Hei’ and Sulakhna Pandit’s ‘Mana Teri Nazar Main Tera Pyar Hum Nahi’.Lata and Asha sang a duet for 1979 film ‘Meena Kumari Ki Amar Kahani’. The last of Yash Chopra and Khayyam’s combination came in the shape of the film ‘Noori’ in the same year. It was a low budget film but did roaring business. Songs by Janisar Akhtar, Majrooh Sultanpuri and Naqsh Lyallpuri played havoc like ‘Aa Jaa Re’ by Lata and Nitin, ‘Chori Chori Koi Aei’ by Lata. Simple story with Poonam Dhilon and Farooq Sheikh clicked with outstanding melodies. It was jointly funded by Khayyam and Yash Chopra. Khayyam did not receive his share of profit, so the partnership ended.

The pinnacle of Khayyam’s career was Muzaffar Ali directed and produced film ‘Umrao Jaan’. It brought National Award for Khayyam. Rekha became a super star for the best portrayal of Umrao Jaan in this film. Asha Bhosle excelled by singing half a note lower to her basic note. This treatment worked. In her submission ‘He shaped my voice and singing’ inWishwas Nerurkar’s book ‘Khayyam – the Man – His music’ she told her story of working with Khayyam from films Footpath to Phir Subha Ho Gi to Umrao Jaan. Her prophecy for Rekha of everlasting fame like Meena Kumari in Pakeeza, was realized. Rekha too got National Award and so did Asha.

I hope the melody lovers have enjoyed Khayyam’s musical journey with me. Getting state funeral for a boy who left his home in Lahore to dream of becoming a leading melody maker, a disciple of Baba Chishti, brother of Mushtaq Hashmi and A Shakoor Bedil was realised due to his sticking to his style of music and constant struggle in Hindu dominated society! He was conferred several awards including the Padma Shri, Padma Bhushan.