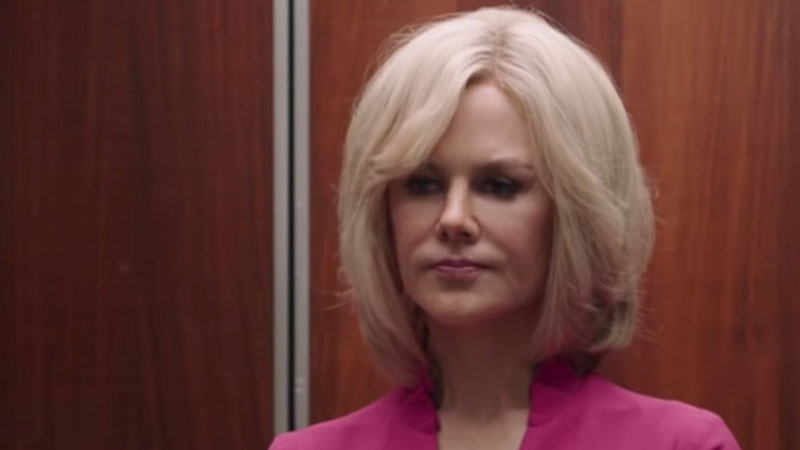 Actresses Charlize Theron, Nicole Kidman and Margot Robbie star as the women of Fox News in the trailer for ‘Bombshell’, Jay Roach’s new drama about the network and the scandal surrounding its founder, Roger Ailes. The film hits theatres in December. The trailer is a simple one, demonstrating the gendered hierarchy at Fox and the searing tension between its women employees through a tense elevator sequence. Theron, dressed up in convincing prosthetics, plays Megyn Kelly, and Kidman portrays Gretchen Carlson, the former Fox & Friends co-host who first filed a sexual harassment lawsuit against Ailes. Robbie co-stars as Kayla Pospisil, a fictional Fox News associate producer invented for the movie. “Bombshell is a revealing look inside the most powerful and controversial media empire of all time: Fox News, and the explosive story of the women who brought down the infamous man who created it,” the film’s synopsis states.