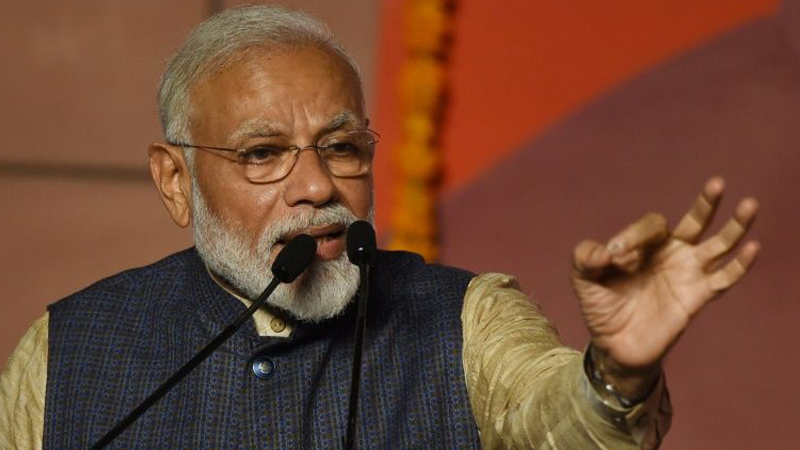 Indian Prime Minister Narendra Modi has spoken to his British counterpart Boris Johnson about violent demonstrations over Kashmir outside the Indian embassy in London, the Indian foreign ministry said.

Thousands of people, many waving Pakistani and Kashmiri flags, protested outside the embassy last week, on India’s Independence Day, against Modi’s withdrawal of Kashmir’s special status.

Modi’s supporters and members of his ruling Bharatiya Janata Party said demonstrators had attacked Indian women and children with bottles and eggs and that British authorities had failed to thwart them.

Modi, in a telephone call with Johnson, said vested interests were pursuing their agenda with violent means. “In this context, he referred to the violence and vandalism perpetrated by a large mob against the High Commission of India in London on the last Independence Day of India,” the foreign ministry said in a statement. “Prime Minister Johnson regretted the incident and assured that all necessary steps will be taken to ensure safety and security of the High Commission, its personnel and visitors,” the ministry said.

Police in London said four people were arrested for affray, obstruction of police and possession of an offensive weapon.

Modi’s revocation of Kashmir’s special status in the constitution means people there will lose exclusive rights to property, government jobs and colleges places and open them up to all Indians. The change has sparked fury in Pakistan and in several parts of the world. Pakistan has sought the support of the United States, Britain and other powers to pressure India over Kashmir.

Modi told Johnson terrorism was a problem for both India and Europe and that measures had to be taken to fight it. “He stressed the importance of effective steps to ward off the threats posed by radicalization, violence and intolerance, particularly in the context of the expanding footprint of terrorist organisations such as ISIS,” the ministry said, referring to the Islamic State militant group.