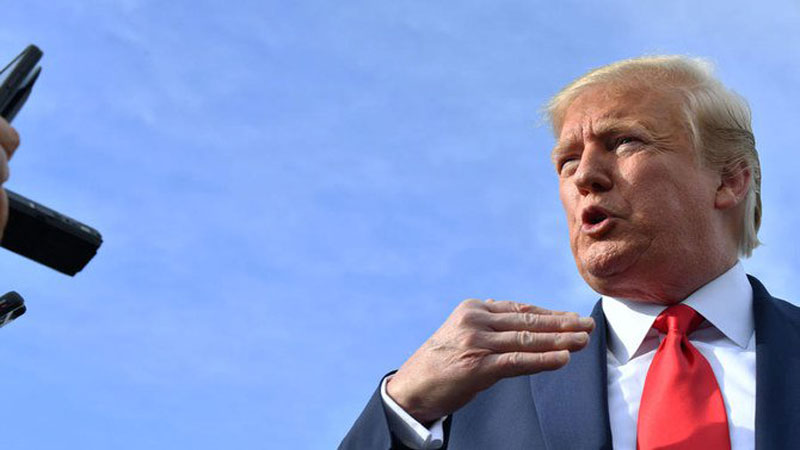 As the Taliban and American negotiators are set to begin the most crucial round of peace talks in Qatar in days, the latest remarks by President Donald Trump that a US troop withdrawal agreement might not be realised could trigger doubts among war-weary Afghans who anxiously await a peace agreement.

Taliban spokesman Suhail Shaheen has lashed out at the Afghan government for keeping names of the members of a team, who will take part in intra-Afghan dialogue with the Taliban after a peace deal is announced. Kabul announced last month that it has finalised a list of 15 people but never made their names public, apparently over possible backlash by those political leaders who will not find place in the list. President Trump, who was briefed senior security advisers on Afghanistan last week, offered comments on the negotiations with the Taliban that may not be welcomed by the Taliban and could also disappoint Afghans, who had attached lots of hopes to the political negotiations in Qatar.

“I don’t know whether or not the plan is going to be acceptable to me, and maybe it’s not going to be acceptable to them,” Trump told reporters in the Oval Office alongside Romanian President Klaus Iohannis, according to Voice of America. Taliban have not commented Trump’s comments; however, they have been demanding a complete withdrawal of foreign forces, including intelligence agents and contractors, since both sides started talks in October.

Trump on a number of occasions said he will keep some intelligence officials, the suggestion strongly opposed by the Taliban. The US president made the comments ahead of the start of ninth round of talks that is considered decisive as both sides earlier reported progress in the talks and were closer to finalise the agreement that will end the longest American war.

The State Department announced on Tuesday that Special Representative for Afghanistan Reconciliation Ambassador Zalmay Khalilzad would leave for Qatar and Afghanistan on August 20.

“In Doha, Ambassador Khalilzad will resume talks with the Taliban as part of an overall effort to facilitate a peace process that ends the conflict in Afghanistan,” according to the statement.

In Kabul, he will consult with the leadership of the Afghan government on the peace process and encourage full preparation for intra-Afghan negotiations.

Khalilzad said ahead of departure for Qatar that he had productive week in Washington and briefed management on where “we are and next steps. We’re ready. Let’s see if the Taliban are as well.”

Trump’s remarks could lead to mistrust with the Taliban at a time when the two sides are struggling to remove differences on certain issues including ceasefire. Sources privy to the eighth round of talks concluded earlier this month said differences surfaced over the issue of ceasefire as Khalilzad wants the Taliban declare ceasefire in whole country while the Taliban had suggested they will observe ceasefire in areas from where the foreign troops start withdrawal.

Like Trump’s consultations with close security officials, the Taliban Qatar office also briefed their leaders and had assigned the task to a three-member team. There is no let-up in violence in Afghanistan and the foreign forces announced that two US service members were killed in Afghanistan on Wednesday.

A statement from the Resolute Support Mission did not provide more details about the incident.