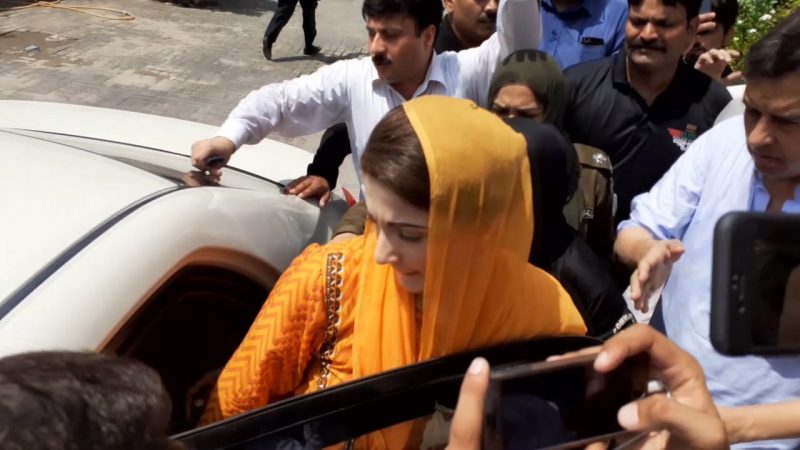 An accountability court in Lahore on Wednesday granted the National Accountability Bureau (NAB) a 14-day extension in the physical remand of PML-N leader Maryam Nawaz and her cousin Yousuf Abbas in the Chaudhry Sugar Mills case, a private TV channel reported.

Amid strict security arrangements, the duo was presented in the court on Wednesday, where judge Naeem Arshad heard NAB’s request for a 15-day extension in their physical remand.

During the proceedings, NAB’s lawyer said the investigations had not yet been completed and requested an extension in remand for the purpose. In response, Maryam’s lawyer, Advocate Amjad Pervez, said that the investigation has been carried out in all cases and the trial has been completed. Earlier, the judge expressed displeasure at selfies being taken with the PML-N leader in the courtroom. The court also experienced a power outage during the proceeding. The noise created by the party workers affected the proceedings, following which the judge left the courtroom and went to his chambers. Proceedings were temporarily adjourned.

As the proceedings resumed, the judge granted NAB 14-day physical remand and ordered that the two be presented before the court on September 4. Ahead of the court appearance, strict security arrangements were made. Containers and barbed wires were used to close routes towards the judicial complex and a large contingent of woman police was stationed inside and outside the court premises.

On June 11, the accountability watchdog had arrested Hamza in the same cases shifted him to the bureau’s headquarter at Thokar Niaz Baig in Lahore as the Lahore High Court (LHC) turned down his applications for extension in his interim bail.

Meanwhile, the accountability court heard the petition to issue an arrest warrant and seize the property of Salman Shehbaz and fixed August 30 to legally seize all the assets of him. The investigator and the complainant of the case recorded their statements before the court. They said that they took the arrest warrants of Salman Shehbaz to the Model Town residence but he wasn’t present there. The NAB prosecutor expressed that Salman has been repeatedly issued notices but he has fled the country. It is pertinent to mention here that NAB called the son of former chief minister of Punjab six times in the money laundering case but he did not join the inquiry. After that, the accountability court issued a non-bailable arrest warrant against Salman Shehbaz and ordered the police to present him before the court.