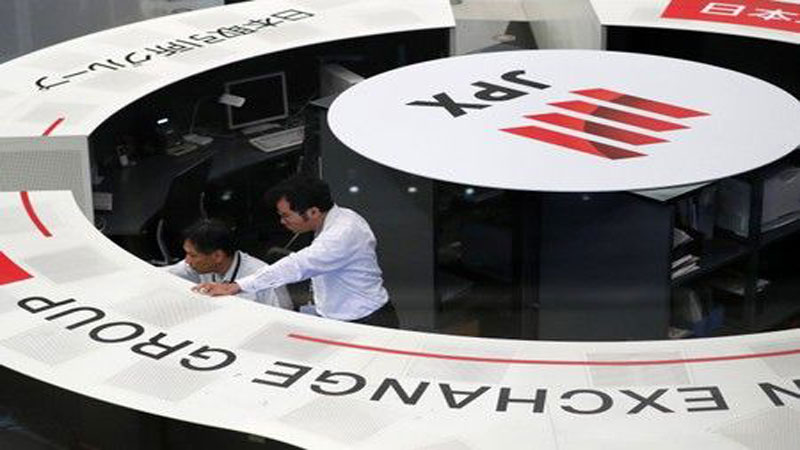 Much depends on what the Federal Reserve does with US interest rates, making markets hyper-sensitive to the minutes – due later on Wednesday – of its most recent meeting.

Traders are also awaiting the central bank’s annual Jackson Hole seminar later this week and a Group of Seven summit this weekend for clues on what additional steps policymakers will take to boost economic growth.

“Acknowledgment that downside risks have increased with no characterisation of ‘somewhat’ could be taken as confirmation that it is likely the Fed makes a larger cut in September,” Zentner wrote in a note. Futures are fully priced for a quarter-point cut in rates next month, and over 100 basis points of easing by the end of next year. With so much riding on the Fed, investors were understandably anxious. MSCI’s broadest index of Asia-Pacific shares outside Japan dithered either side of flat after three straight days of gains.

Political turmoil in Hong Kong, Britain and Italy has also heightened uncertainties for investors. The prospect of new elections in Italy after the resignation of Prime Minister Giuseppe Conte added to jitters, sending Italian sovereign bond yields sliding. China’s biggest e-commerce company Alibaba Group Holding has delayed its up to $15 billion listing in Hong Kong amid the political unrest, two people with knowledge of the matter told Reuters.

President Donald Trump again showed no signs of backing down in his tussle with China, declaring on Tuesday a confrontation was necessary even if it caused short-term harm to the US economy. His strongly-worded remarks came hours before his government announced approval of an $8 billion sale of Lockheed Martin F-16 fighter jets to Taiwan, a move sure to draw Beijing’s ire and further dim prospects for a quick trade deal.

Alarm bells started ringing last week when yields on US 10-year notes fell below two-year yields for the first time since 2007, an inversion that has presaged previous recessions and is widely watched by markets.

That was enough to prompt Trump and his advisers to examine ways to provide a fiscal boost to the US economy, should it be deemed necessary.

In addition, the central banks of the euro zone, Australia and China are all expected open the monetary spigot further this year, while Germany is considering fiscal stimulus.

Those prospects have driven yields lower. Benchmark US 10-year Treasury yields stood at 1.57% on Wednesday from a high of 1.625% on Monday.

Currency markets have been mostly subdued ahead of the Jackson Hole meeting and Fed minutes. The dollar was a shade firmer on the yen at 106.48 after losing 0.4% on Tuesday, while sterling was last trading at $1.2150.