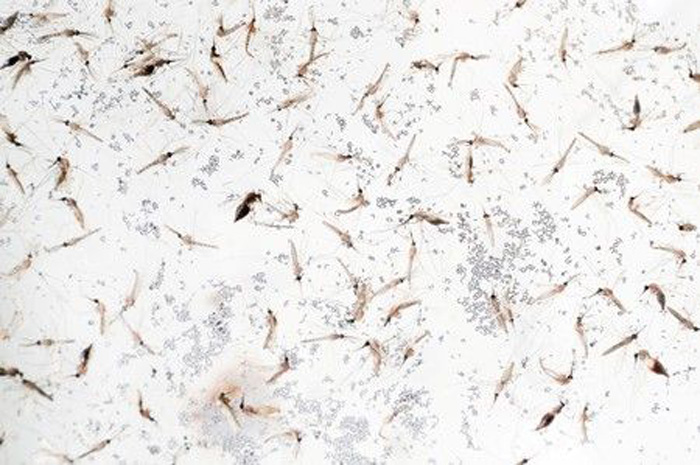 A warmer climate, travel and trade are helping to spread mosquito-borne diseases as a deadly beast smaller than a paper clip poses a threat to more than half the world’s population.

World Mosquito Day on Tuesday commemorated the discovery in 1897 by British doctor Ronald Ross that female mosquitoes transmit malaria between humans but the World Health Organization (WHO) warns progress against malaria is stalling.

Below are 10 ways that mosquitoes – Spanish for “little fly” – have affected humans and methods to mitigate the risks:

1. Many species of mosquito feed on the blood of various hosts and ingest pathogens, meaning their bites can transfer diseases directly into the blood of hosts. This has made mosquitoes one of the deadliest animals in the world.

2. Mosquito bites result in the deaths of more than one million people every year with the majority due to malaria and the WHO warns nearly half of the world population is at risk. In 2017, malaria caused over 435,000 deaths.

3. About 90% of all malaria deaths occur in Africa. Currently in Burundi more than half the population is infected with malaria.

4. Malaria cases continue to spread in countries including Uganda where the Ministry of Health this week announced a 40% increase instances of the disease this year to 1.4 million.

5. Dengue fever is a viral disease widely spread in tropical regions that 2.5 billion people are at risk of contracting. Up to 100 million new infections are estimated to occur annually in more than 100 countries.

6. Most mosquitoes only fly an average of 400 metres. It is often humans, not mosquitoes, that carry a disease across communities and countries. The mosquito blamed for transmitting the Zika virus breeds in car tyres, tin cans, dog bowls and cemetery flower vases.

7. After Zika spread to the United States in 2016, experts warned that more life-threatening diseases could be carried from the tropics.

8. Up to one billion additional people, including those in the United States and Europe, could be exposed to mosquito-carried viruses by 2080 if the climate continues to warm, according to US research released earlier this year.

9. If you have ever wondered why mosquitoes are more attracted to certain people, research published in the PNAS scientific journal demonstrated that some people are able to emit masking odours that can naturally repel mosquitoes.

10. Hitting mosquitoes where it hurts – their eggs – is one way of controlling pesticide-resistant insects. North and Central American scientists in 2016 came up with a trap to trap eggs using two pieces of an old tyre.