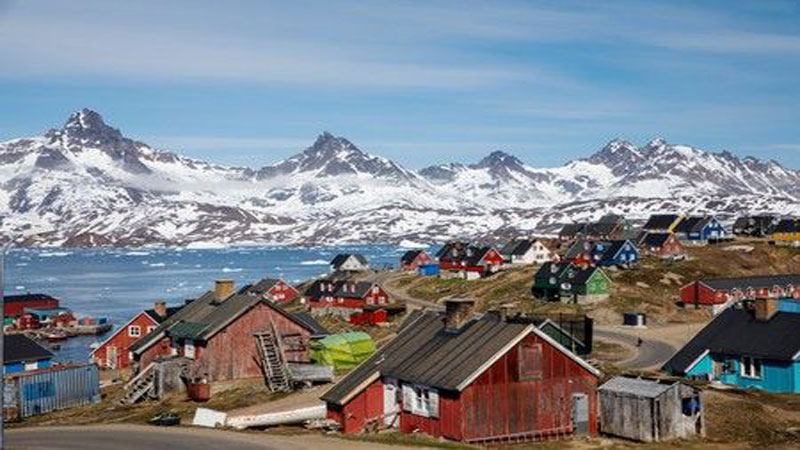 President Donald Trump announced Tuesday that he was postponing a planned meeting with Denmark’s prime minister because she does not want to sell Greenland to the United States.

Trump’s decision confirms just how interested he was in purchasing Greenland, an idea that had initially been dismissed as a joke by some, but which the White House later insisted had a serious purpose because of the territory’s strategic location.

“Based on Prime Minister Mette Frederiksen’s comments, that she would have no interest in discussing the purchase of Greenland, I will be postponing our meeting scheduled in two weeks for another time,” Trump tweeted.

A White House spokesman confirmed that “the visit to Denmark is canceled.”

“The Prime Minister was able to save a great deal of expense and effort for both the United States and Denmark by being so direct. I thank her for that and look forward to rescheduling sometime in the future!” the US president wrote.

The Wall Street Journal first reported that Trump had expressed interest in the self-governing part of Denmark — which is mostly covered in ice — asking advisors if it would be possible for the US to acquire the territory.

The president, a former real estate magnate, has been curious about the area’s natural resources and geopolitical relevance, the paper said.

Trump confirmed Sunday that he was indeed interested in buying Greenland, but said it was not a priority for his administration, and that the Denmark trip was “not for this reason at all.”

Danish PM Mette Frederiksen described the suggestion as “absurd” and said she hoped Mr Trump was not being serious.

Mr Trump announced that the visit would no longer go ahead while praising Denmark as a “very special country” and the cancellation was confirmed by a White House spokesman.

Denmark is a very special country with incredible people, but based on Prime Minister Mette Frederiksen’s comments, that she would have no interest in discussing the purchase of Greenland, I will be postponing our meeting scheduled in two weeks for another time….

It’s something we talked about,” he told reporters

“The concept came up and I said certainly, strategically it’s interesting and we’d be interested, but we’ll talk to (Denmark) a little bit,” he said, stressing that it was “not number one on the burner” for the government.

When asked if he would consider trading a US territory for Greenland, Trump replied that “a lot of things could be done.”

The next day, Trump jokingly promised that he would not build one of his eponymous hotels in Greenland, tweeting a meme depicting the golden Trump International Hotel Las Vegas towering over modest, primary-colored houses along a rocky coast.

“I promise not to do this to Greenland!” he wrote.

The meme first appeared on Twitter Thursday with the caption: “Greenland in 10 years.”

Denmark colonized the 772,000 square-mile (two-million square kilometer) island in the 18th century. It is home to only about 57,000 people, most of whom belong to the indigenous Inuit community.

Greenland’s ministry of foreign affairs insisted Friday the island was ready to talk business, but was not for sale.

“#Greenland is rich in valuable resources such as minerals, the purest water and ice, fish stocks, seafood, renewable energy and is a new frontier for adventure tourism,” it tweeted.

“We’re open for business, not for sale,” it added.

#Greenland is rich in valuable resources such as minerals, the purest water and ice, fish stocks, seafood, renewable energy and is a new frontier for adventure tourism. We’re open for business, not for sale❄️🗻🐳🦐🇬🇱 learn more about Greenland on: https://t.co/WulOi3beIC