The 15-member UN Security Council woke up to world wide condemnation of the abrogation and gross human rights violations in Kashmir. Biggest demonstration was held in London where huge Kashmiri/Pakistani/Sikh Diaspora assembled chanting slogans, demanding AZADEE for the people of Kashmir.

In a secret closed door deliberations that lasted nearly two days of debate among the Permanent and Non- Permanent Members could not produce a substantive statement. To sum it up–the members agreed to disagree and dispersed perhaps not to meet again in near future.

According to CNN’s UNSC’s correspondent Richard Roth, the last time the issue came up for some discussion was in 1971 when

‘The situation changed this month, after India announced it would strip autonomy from the state of Jammu and Kashmir — its part of the Himalayan region. The move provoked a fierce reaction from Pakistan, as well as demonstrations in support of Kashmir around the world.

‘For weeks after New Delhi’s announcement, Pakistan has called for a Security Council meeting. It finally got it on Friday, thanks to the support of China, a permanent member on the powerful council, though Beijing wants the two nations to seek its solution bilaterally.

‘A 90-minute private debate among Security Council members on Kashmir is notable. Asked whether the Council had left the Kashmir issue alone for too long, Russia’s deputy UN Ambassador Dmitry Polyanskiy, told CNN, “Well I was born in 1971.””Sometimes it’s best to not touch on every issue,” he added.’

Poker faced Pakistan’s Foreign Minister, Shah Mehmood Qureshi, confided to reporters in Islamabad ahead of the Security Council session that Prime Minister Imran Khan had a phone call with US President Donald Trump a day before. He did not disclose that Trump wants it resolved bilaterally.

Qureshi disclosed that Khan presented his point of view to President Trump as the two leaders discussed Kashmir and Afghanistan, he said. Later, a White House spokesman said Trump conveyed the “importance of India and Pakistan reducing tensions through bilateral dialogue regarding the situation in Jammu and Kashmir.”

Ever since the UN Security Council deliberated one has been searching to know what the outcome of such a huge hullaballoo was. It has been like trying to catch a black cat in a dark room with doors and windows wide open. 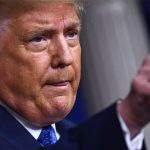 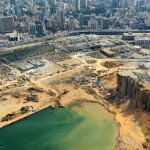