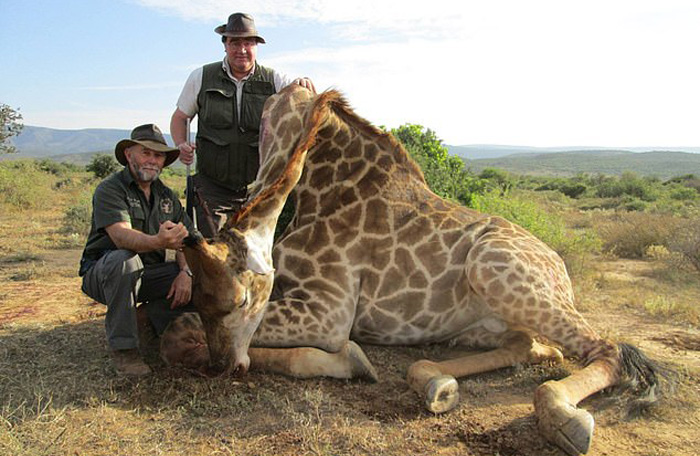 Dozens of European politicians and conservation groups have called for ban on the trophy hunting of such endangered species as elephants, giraffes and rhinos. Commercial trade in more than 1,000 endangered species of animals and plants is banned by the Convention on International Trade in Endangered Species (CITES).

These animals are listed under the convention’s so-called Appendix I.

The hunting of animals for trophies, however, has been exempt from this ban, as the activity is deemed as being ‘non-commercial’.

The MPs and wildlife groups – which numbered more than 50 each – petitioned CITES for a wider ban on August 18, 2019

The letter was given to CITES Secretary-General Ivonne Higuero during the global wildlife conference being held in Geneva, Switzerland from August 17-28.

The meeting is tasked with evaluating CITES’s rules – however the issue of trophy hunting had not been on the agenda for discussion.

‘A considerable number of Appendix I species trophies are traded each year (including) trophies of species listed as extinct in the wild, critically endangered, endangered, vulnerable or near threatened on the IUCN Red List,’ the letter said.