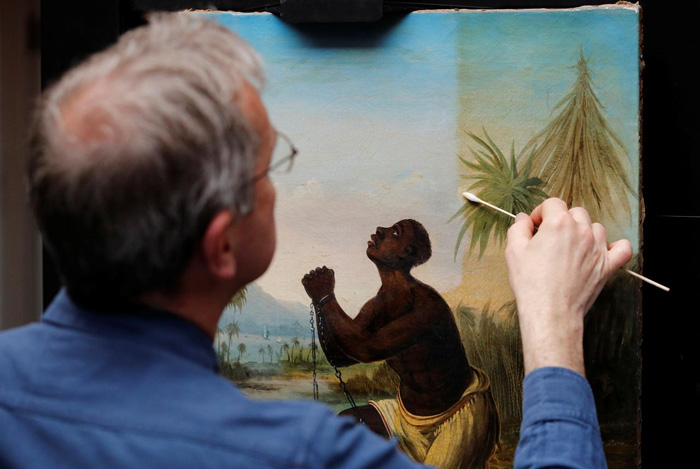 Ahead of the annual remembrance day for the abolition of the slave trade, art conservationists are working to restore a rare painting of a kneeling African slave to go on display in the British port city of Liverpool. Acquired by the International Slavery Museum in 2018, the “Am Not I A Man And A Brother’ painting depicts an enslaved African, kneeling, bound in chains and looking to the sky. It is based on a design commissioned by the Committee for the Abolition of the Slave Trade in 1787 and was used by the potter Josiah Wedgwood to campaign against slavery, making it one of the first instances of a logo used for a political cause. “We’ve done quite significant conservation on the painting,” Laura Pye, director of National Museums Liverpool, told Reuters. “(The) conservation team has done an incredible job of cleaning it up. So I don’t think there’s anyone that’s seen the painting as it currently looks.”