* To supplement Independence Day celebrations, the Daily Times will highlight, all of August, the individuals who continue to make Pakistan proud. Our 19th interview is with internationally acclaimed women and children's rights activist Mukhtara Mai 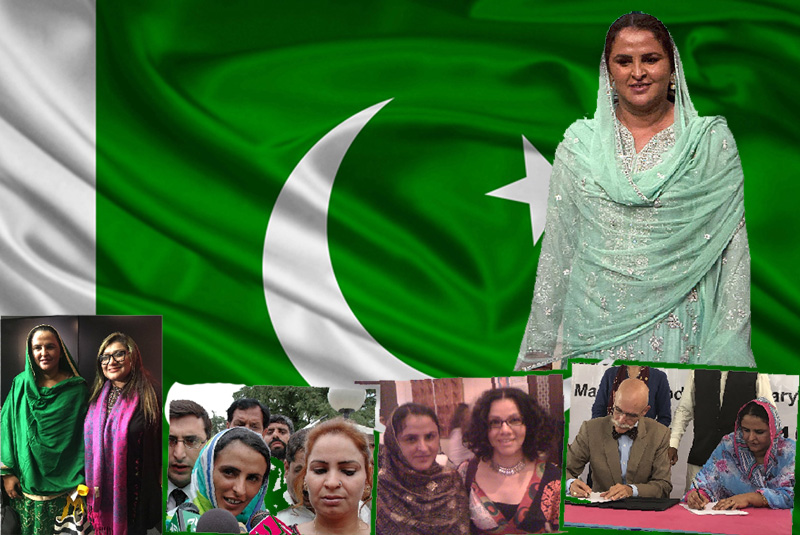 Tell us about your foray into the field of activism. When did you decide it was the right time for you to do that?

After all that I experienced and the problems and struggles I went through, I realised there was an urgent need to do something for others, especially women because I did not want even a single woman to go through something that I had.

Do you believe you have been served justice after all that has happened? How much are you satisfied with the legal justice system of Pakistan?

No, I don’t think I’ve been served justice the way it should have been and no, I’m not satisfied with the legal justice system of Pakistan.

First of all, I would tell her to always take a lawyer when she goes to file the First Information Report (FIR). If she’s educated, I’d tell her to always read and re-read whatever has been written in the FIR, even after her own lawyer has been done reading it. I would’ve told a young Mukhtara to pursue education so she would know the difference between right and wrong. I would’ve told her to fight for herself no matter what.

I remember in 2003, the children belonging to my perpetrators, clan came to study in my school and my family opposed the idea of me having them but I told them that these were the kids who needed to study the most. Cruelty can only die with education. I believe I got justice the day their kids came studying at my school

Tell us about growing up in Mirwala. What do people living in developed cities don’t know about it? Is it on its road to development and how much effort have you put in in making your hometown better?

Injustice can be served anywhere in the world and not just poverty-stricken places or developed world only. The only edge developed cities have is that they’re modern and people like me find it hard to go about things there. When I was growing up in Mirwala, there was no school or concept of education. I remember accompanying my mother everywhere and trying to emulate what she used to be doing. I learnt embroidery and stitching, something I did for 12 years. Slowly and gradually, I learnt how to make floor mats, paraanday and traditional woolen utensils. I was very fond of doing that. I can’t say for sure if development is arising in Mirwala, but I can say that there’s some awareness. I’ve been a strong advocate of my village right from the start. I remember being offered Rs 500,000 at that time when that horrific incident happened to me and even though I was poor, I didn’t want it. I wanted justice. When they persisted, I told them to go make a school. When the governor at that time, Khalid Maqbool and later Salmaan Taseer asked me what it was that I wanted, I told them to help the village get electricity, roads and schools. Salmaan Taseer aided me and what I aspired to achieve for the village financially and I pray to Allah, he finds a place in Paradise, for his humanity and generosity.

Which is your ideal place to reside in and why? What stopped you from going abroad and settling there?

I wanted to live in Mirwala for as long as I could only because of the children and the people who look up to me there and who need my help. I live in Alipur now. Yes, there are times when I regret not going away but then I think over things and feel proud of my decision.

Who has been that one person who has been a source of protection, relief and unwavering support to you?

There’s been no person but when you say these three words, all I can think about is the school I opened in my village, The Mukhtara Mai Girls Model School, Mirwala. There was a time when there was no education in my hometown. Now, more than 800 girls are studying in one school and more than 400 boys are studying in the other. The girls’ school has classes until Matriculation and the boys’ school is primary level. The boys’ primary school has been acquired by the government. There are a total of 32 classrooms in the girls’ school. There has been zero support from the government. I wrote so many letters to influential people sitting in the government but zero help has been given. Activist Farzana Bari has been the only person who has done a lot for these schools with all her heart. I made these schools with a lot of effort, care and research. There was a pick and drop service, books were given out free of cost, there was a library, science laboratories and computer labs, etc.

You are the proud recipient of many prizes and awards. What according to you has been your biggest achievement so far?

Raising voice for women has to be my biggest achievement. I remember in 2003, the children belonging to my perpetrators’ clan came to study in my school and my family opposed the idea of me having them but I told them that these were the kids who needed to study the most. Cruelty can only die with education. I believe I got justice the day their kids came studying at my school.

Every day we hear women coming out and naming and shaming their spouses over domestic abuse and violence. Women and children continue to get raped and beaten in the country. Where are the policies and laws going wrong and what more needs to be done for women protection in Pakistan?

Women need to be considered human beings first of all. Also, laws need to be implemented and not just written in textbooks.

If you were made PM for a day, what three things would you want to do for the country?

I would definitely want to end the ‘wadera system’ and abolish it once and for all. Also, our police needs to be disciplined, educated and trained. I think we need more women in the police. I know for a fact that these policemen have the most filthiest of tongues and whenever a woman goes to them to lodge an FIR, they would mock her and talk to her in such a degrading manner. There’s no level of respect.

You have also penned an autobiography at a considerably young age when mostly people write theirs much later in life. Tell us a little about what influenced your decision to write one and if you plan on delving into writing again.

I only wrote it because my friends urged and suggested me. I don’t know about writing because it took me a while to even learn Urdu and be able to read and write it. But I did used to write a diary for BBC for three years.

I’m really worried for my school, which needs donations and funds to get up and running. I was doing a lot but for the past six months, I haven’t been able to do anything for the institution I set up. There was a woman from Karachi who gave me Rs 500,000 for the school with the help of which I gave salaries and got the school running. I’m relying on donations and facing hardships. It is the government’s responsibility to take care of schooling.

Pakistan is my beloved country. You see, good and bad people are everywhere in the world. If I have met bad people, I have encountered some angels as well. If there was no goodness in my country, why would the Punjab governor come all the way to meet an ordinary woman like me and offer me aid?

There are many. Asma Jahangir, Abdul Sattar Edhi, Rashid Rahman, IA Rahman and so many others. The media has been very good to me too. I believe everyone who has been supportive to me and my cause is my hero and I’m very blessed on that front.

Mukhtara Mai remains an outspoken advocate for women’s rights. She started the Mukhtara Mai Women’s Welfare Organisation to help support and educate Pakistani women and girls. In 2006, she spoke at the United Nations (UN) headquarters in New York. In an interview with UN TV, she said that “she wanted to get the message across to the world that one should fight for their rights and for the rights of the next generation.”

In 2007, Mukhtara Mai won the North-South Prize from the Council of Europe. In 2005, Glamour Magazine named her Woman of the Year. Movies are being made about her. She has been praised by dignitaries like Laura Bush and the French foreign minister. In 2009, in the book Half the Sky — Turning Oppression into Opportunity for Women Worldwide by Nicholas D Kristof and Sheryl WuDunn, she was the subject of chapter 4, “Rule by Rape”. The book is an exposé about women and gender apartheid. In 2006, her story was the subject of a documentary called ‘Shame’ by Muhammad Naqvi, which won multiple awards including the TV Academy Honour by the Academy of Television Arts & Sciences. In 2008, her story was the subject of a documentary by Catherine Ulmer López focusing on the aftermath of the rape especially on her schools as well as an important look inside Pakistan. The documentary was shown at the Starz Denver Festival, the 7th Human Rights Film Festival and the 22nd International Documentary Film Festival Amsterdam in 2009. In 2014, the chamber opera Thumbprint opened in New York, based on a song cycle that was first performed in 2009. The earlier song cycle was composed by Kamala Sankaram and Susan Yankowitz helped to transform it into the opera. Sankaram sang the lead role of Mai. In 2010, Laurentian University of Canada decided to award an honorary doctorate degree to her.

In 2006, Mukhtara’s memoir was released in the United States titled In the Name of Honour — A Memoir. According to the New York Times, this autobiography is the #3 bestseller in France. It has been published in 23 languages. She also wrote a diary for BBC for three years.

In 2005, the Pakistani government awarded Mukhtara the Fatima Jinnah gold medal for bravery and courage.