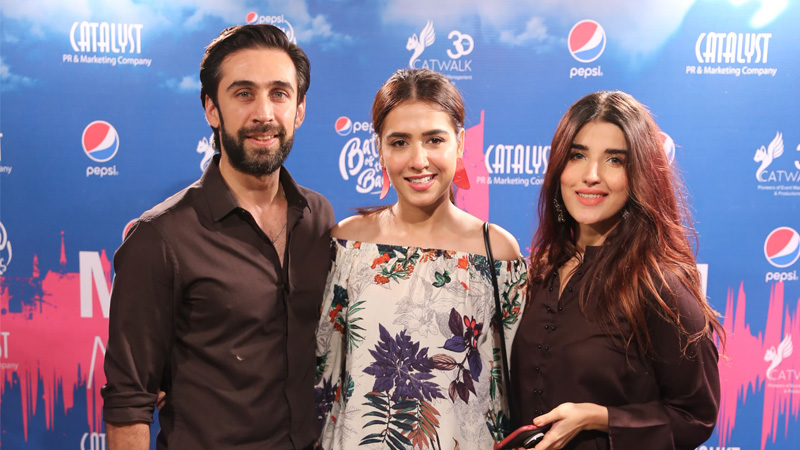 As the who’s who of Pakistani entertainment industry graced the red carpet, the light drizzle welcomed them to the exclusive party. Names such as Adnan Siddiqui as well as Heer Maan Ja stars Ali Rehman Khan and Hareem Farooq arrived to soak in the music.

Some electro beats were played to get everyone in the zone and the party got going. Later in the night, the main showcase was Pepsi Battle of the Bands season four finalists Auj and Aarish. The two mega competitors captivated the audience with their signature sounds.

Aarish sang their originals as well as covers, including the mesmerizing rendition of Junaid Jamshed’s Na Tu Ayegi. Auj blew the clouds away with their intense hard-rock cover of Laung Gawacha, as well as their originals Raat and Lafz. By the end, everyone was swooning to their melodies.

Following the audience’s request, Auj vocalist Abdur Rehman sang a rendition of Muhammad Rafi’s Gulabi Aankhen. Aarish front man Nosherwan Mehmood also joined him as they stood like brothers, arm-in-arm, giving Karachi a special unseen sight and sound amid the monsoon night. At the end, Auj and Aarish urged the audience to vote for them as the season comes to a close next week.