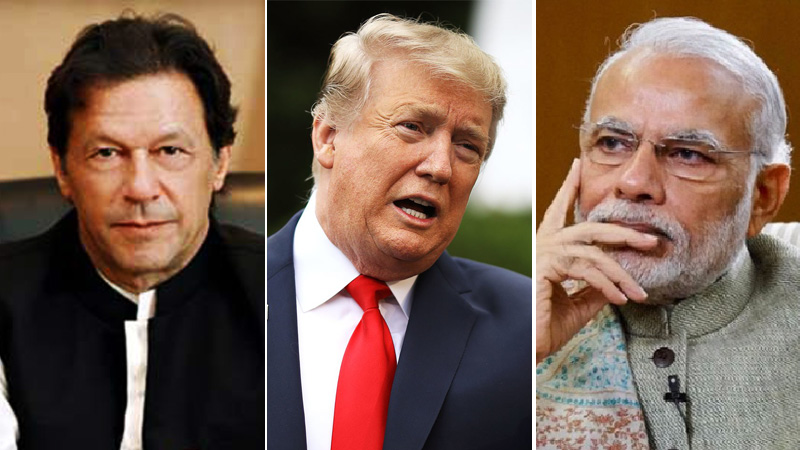 “The US president conveyed the importance of reducing tensions between India and Pakistan and maintaining peace in the region,” White House spokesperson Hogan Gidley said in a statement on Trump’s call with Modi.

“The two leaders [Trump and Modi] further discussed how they will continue to strengthen US-India economic ties through increased trade, and they look forward to meeting again soon.”

Later in the day, Foreign Minister Shah Mahmood Qureshi said at a press conference that US President Trump made a call to Prime Minister Imran Khan after his talk with Modi and discussed prevailing situation in Indian-held Kashmir (IHK). Qureshi said Trump called Modi after his talk with Imran last Friday, in which the premier had taken the US leader into confidence prior to the United Nations Security Council meeting on Kashmir. Trump, in the call on Monday, expressed desire in lowering tensions between Pakistan and India, the FM said. “Prime Minister Khan told Trump that a curfew has been in place across Indian-held Kashmir for the last 15 days. The prime minister had said that as per our information, thousands of Kashmiris including [the local] leadership had been detained and several of them had also been sent out of Indian-held Kashmir,” he said while talking about the latest discussion between the two leaders. According to the foreign minister, the premier had told Trump that as per his viewpoint, the situation in occupied Kashmir merited visits of observers from human rights organisations.