Wildlife now roam where US once forged its deadliest weapons 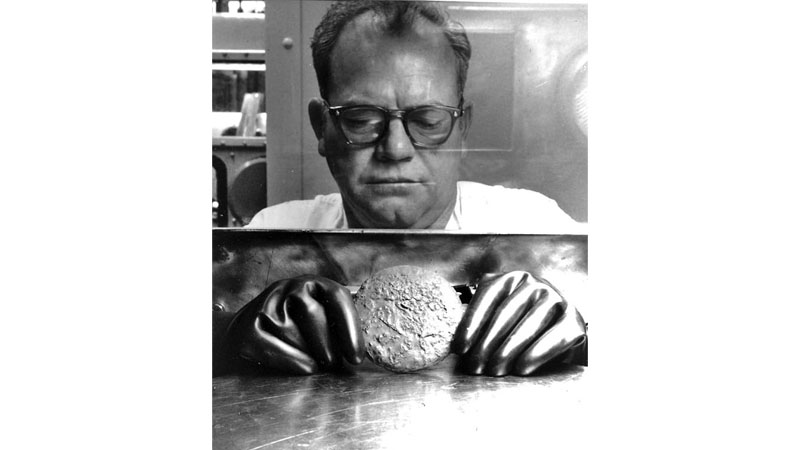 From a tiny Pacific island to a leafy Indiana forest, a handful of sites where the United States manufactured and tested some of the most lethal weapons known to humankind are now peaceful havens for wildlife.

An astonishing array of animals and habitats flourished on six obsolete weapons complexes – mostly for nuclear or chemical arms – because the sites banned the public and other intrusions for decades.

The government converted them into refuges under U.S. Fish and Wildlife Service management, and they now protect black bears and black-footed ferrets, coral reefs and brushy steppes, rare birds and imperiled salmon.

But the cost of the conversions is staggering, and some critics say the sites have not been scrubbed well enough of pollutants to make them safe for humans.

The military, the U.S. Department of Energy and private companies have spent more than $57 billion to clean up the six heavily polluted sites, according to figures gathered by The Associated Press from military and civil agencies. And the biggest bills have yet to be paid. The Energy Department estimates it will cost between $323 billion and $677 billion more to finish the costliest cleanup, at the Hanford Site in Washington state where the government produced plutonium for bombs and missiles.

Despite the complicated and expensive cleanups, significant contamination has been left behind, some experts say. This legacy, they say, requires restrictions on where visitors can go and obligates the government to monitor the sites for perhaps centuries.

“They would be worse if they were surrounded by a fence and left off-limits for decades and decades,” said David Havlick, a professor at the University of Colorado at Colorado Springs who studies military-to-wildlife conversions. “That said, it would be better if they were cleaned up more thoroughly.”

Researchers have not examined the health risks to wildlife at the cleaned-up refuges as extensively as the potential danger to humans, but few problems have been reported.

At least 30 of the 560-plus refuges managed by the wildlife service have some history with the military or weapons production, the AP found. Most handled conventional weapons, not nuclear or chemical.

Many of the conversions came after the first and second world wars. It was an inexpensive way to expand the national refuge system, especially in urban areas with scarce open space, said Mark Madison, the Fish and Wildlife Service’s historian.

When the Cold War ended in the 1980s, more surplus military lands were earmarked for refuges. Some were among the most dangerously polluted sites in the nation but held swaths of hard-to-find habitat.

Most skeptics agree the refuges are worthwhile but warn that the natural beauty might obscure the environmental damage wreaked nearby.

The military closed the sites to keep people safe from the dangerous work that went on there, not to save the environment, said Havlick of the University of Colorado.

“It’s not because the Department of Defense has some ecological ethic,” said Havlick, author of a book about conversions, “Bombs Away: Militarization, Conservation, and Ecological Restoration.”

Converting a heavily polluted weapons complex into a wildlife refuge is cheaper than making it safe for homes, schools and businesses, said Adam Rome, who teaches environmental history at the State University of New York at Buffalo.

“In some cases, they could have conceivably made the site into something that was economically valuable,” but that would have cost more, Rome said.

Critics say Rocky Mountain Arsenal in Colorado illustrates the shortcomings of a cleanup designed to be good enough for a refuge but not for human habitation.

Roughly 10 miles (16 kilometers) from downtown Denver, the arsenal was once an environmental nightmare where chemical weapons and commercial pesticides were made. Thousands of ducks died after coming in contact with its wastewater ponds in the 1950s.

After a $2.1 billion cleanup, the site was reborn as Rocky Mountain Arsenal National Wildlife Refuge, with 24 square miles (61 square kilometers) of idyllic prairie where visitors can take scenic drives or hikes.

But parts of the refuge remain off-limits, including specially designed landfills where the Army disposed of contaminated soil. Eating fish and game from the refuge is forbidden. Treatment plants remove contaminants from groundwater to keep them out of domestic wells. “So there’s a huge downside to converting it into a wildlife refuge, because it allows residual contamination to remain in place,” said Jeff Edson, a former Colorado state health official who worked on the cleanup.

“Theoretically, if the Earth still exists in the year 3000, they’ll still be monitoring groundwater at the arsenal,” he said.

The Army is still struggling with cleaning up Jefferson Proving Ground in southeastern Indiana, part of which became Big Oaks National Wildlife Refuge .

Soldiers test-fired millions of artillery rounds at the proving ground, some made of depleted uranium.

Depleted uranium, a byproduct of nuclear fuel production, is used for armor-piercing shells. Its radiation isn’t strong enough to be dangerous outside the body, but its dust is a serious health risk if inhaled or swallowed, the U.S. Environmental Protection Agency says.

Depleted uranium fragments are scattered on the firing range among 1.5 million rounds of unexploded shells, which makes cleanup dangerous and expensive.

The Army told the Nuclear Regulatory Commission it could cost $3.2 billion to clean the area for unrestricted use. Its latest plan calls for waiting 20 years in hopes that better, less expensive technology emerges or the unexploded shells degrade to a safe level.

That rankles Tim Maloney, a senior policy director for the Hoosier Environmental Council.

“I think there’s a case to be made that just leaving it in place really maintains an unacceptable risk of contamination spreading from the site,” he said. “The Army needs to find a way to clean up the depleted uranium safely.”

Some parts of the refuge have been deemed safe – but visitors must watch a safety video and sign a waiver promising not to sue if they’re injured by an exploding shell.