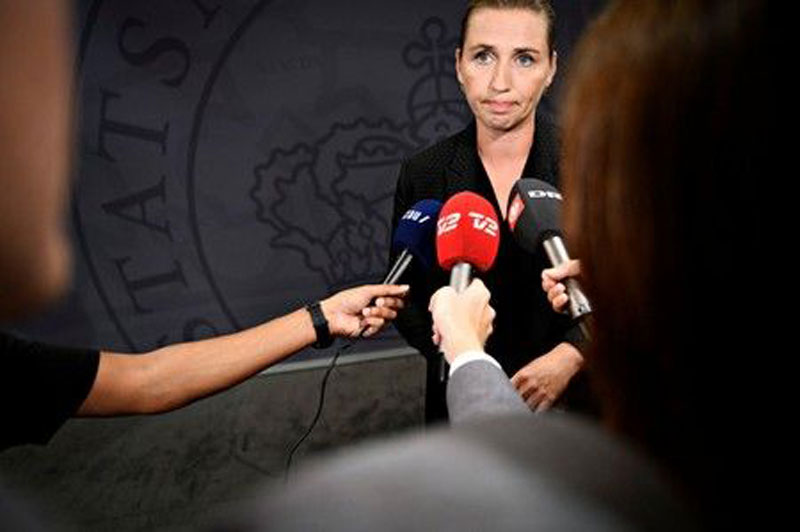 Greenland is not for sale and the idea of selling it to the United States is absurd, Denmark’s prime minister said on Sunday after an economic adviser to President Donald Trump confirmed the US interest in buying the world’s largest island. “Greenland is not for sale. Greenland is not Danish. Greenland belongs to Greenland. I strongly hope that this is not meant seriously,” Danish Prime Minister Mette Frederiksen told the newspaper Sermitsiaq during a visit to Greenland. Trump confirmed to reporters on Sunday that he had recently discussed the possibility, though he said such a move was not an immediate priority. “The concept came up and …strategically it’s interesting,” Trump told reporters from the tarmac in Morristown, New Jersey, as he prepared to board Air Force One. “It is not No.1 on the burner; I can tell you that.” Trump is due to visit Copenhagen early next month, when the Arctic will be on the agenda in meetings with Frederiksen and Prime Minister Kim Kielsen of Greenland, an autonomous Danish territory. White House economic adviser Larry Kudlow on Sunday initially confirmed media reports earlier in the week that Trump had privately discussed with his advisers the idea of buying Greenland. “I don’t want to predict an outcome. I’m just saying the president, who knows a thing or two about buying real estate, wants to take a look at a Greenland purchase,” Kudlow told Fox News.