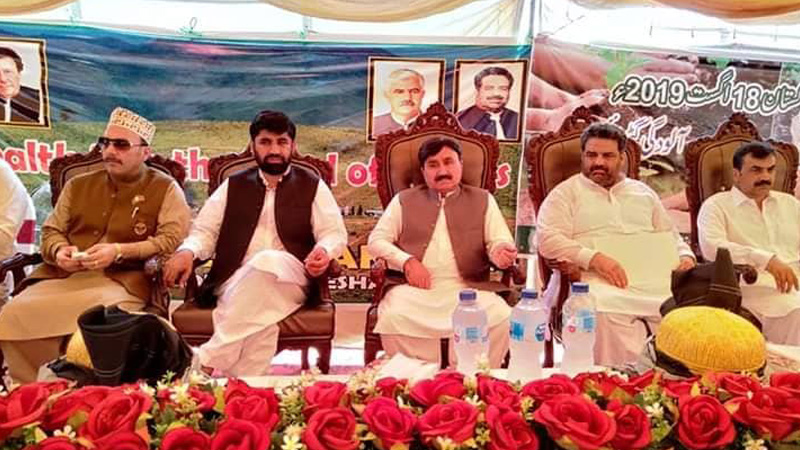 Tribal elders disapproved the allegedly objectionable remarks passed by the Khyber Pakhtunkhwa (KP) chief secretary against the tribesmen in a gathering held at the Levies centre, Shahkas, Jamrud.

Chief Secretary Muhammad Saleem Khan while addressing on the occasion said that for the last seven decades tribal had been labelled as unsocial and treated like animals. Citizens of other parts of the country were reluctant to establish social and trading ties with them, however, beside opposition of some tribal elites, after merging into KP, they became social, he had said.

The statement angered a number of elders, who stood up on their seats and left the moot in protest.

Later, they had a press conference in Jamrud Press Club in which they demanded an apology from the official.

Earlier, a gathering in connection with “Plant for Pakistan” plantation drive was held at Levies Centre, Jamrud.

Speaking on the occasion, speakers urged people to plant at least two saplings each to increase the green cover of the area.

More plants in the area not only result in favourable environment but also decrease risks of natural disasters like flood, they remarked.

Growing one billion more plants in KP and 10 billion plants across the country was the target of the incumbent government of Tehreek-e-Insaf (PTI), they said, and added that the initiative of the government would not only provide job opportunities in the area but also make the area greener. Prior to it, Muhammad Saleem Khan planted a sapling to formally inaugurate the plantation campaign.