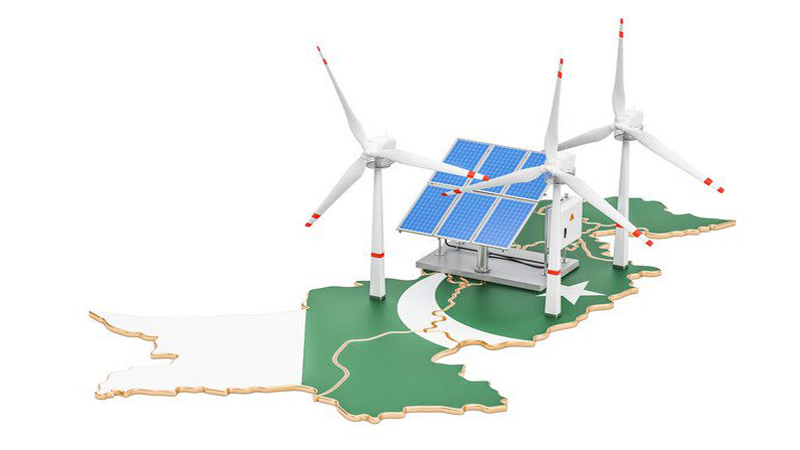 About 90 percent of the villages in Khairpur district have been solarised on a self-help basis to get electricity, as the government electricity comes one hour a day and two hours in the night.

A family per home has invested Rs 20,000 to Rs 50,000 on a self-help basis to get uninterrupted solar power supply.

The power load shedding in these villages is being carried out with full might as SEPCO authorities have been give a free hand to control power supply, which added to the miseries of the hapless people.

The business, social and educational activities, which were badly affected due to SESCO power outages, have resumed in a better way, as people have installed solar systems on their own. “We have installed solar systems by borrowing money as Prime Minister Imran Khan’s government has failed to provide any relief from the power outages,” villager Noor Mohammad Khuhro told PPI. He said that the solar system is cheaper than government-provided electricity and “we will now install more solar panels to get more electricity”. He said that the government should also invest in solar energy and provide aid to the villagers so that they could install solar panels.

The inhabitants in the villages have achieved a great dream of solar light in the nights as they feel comfortable to do their works in the night like caring for cattle, cutting grass and enabling their children to study. They have also become able to charge their mobile phones and other low power consuming devices through solar energy.

The womenfolk also do embroidery work in the nights and earn handsome money. The men also make carpets at night that adds to the household income. Streets in the village shine in the night, helping men to move freely.

A social worker, Nusrat, a resident of village Dilawar Khuho, told PPI, “Solar power is sustainable for energy consumption for rural areas, as it is renewable till sun exists. It does not need oil or another thing to run. It is one time investment and gives long-time production. Solar power can be used to light bulbs, run motors and fans. It could also be used to heat water.”

She said, “They are reliable and can be operated without any hindrance; however, some maintenance is required for its batteries. The panels produce more energy when they directly face the sun. Solar power can also help reduce global warming. It is expected that the world’s oil reserves will finish in the future, while solar energy is infinite and can be obtained for a long time. The solar energy has become a viable and cost-effective means of generating energy. One major advantage of solar energy is that once the initial investment is recovered, the energy is mostly free.”

Solar power supply systems are the only opportunity for the villagers to receive cost-effective and sustainable electricity, especially when the country is energy-starved. Hence, use of solar panels is a must to provide relief to the villagers, as they are sustainable, cheaper and environmental friendly.

In Khairpur, power load shedding up to 20 hours a day is being carried out in all villages of 86 union councils of the district that include Razi Dero Kacho, Noor Pur, Sagyoon, Ripri, Kamal Dero, Khemtia, Jadowahan and Belharo.

In these towns, business, education and social activities are badly affected due to load shedding. People pass life in trouble as the towns are warmer than villages. They live in congested houses with no trees and suffer too much due to warm weather. Business and social activities have been badly affected due to power outages during the last 15 years. However, villages have some relief due to more trees. The temperature in villages is also low due to plantation of trees.

Imran Khan, during political campaigns on containers and election drive, had made tall claims of resolving power outages issue, but there is no progress yet as power outages continue to hit the people hard, making their lives miserable.

Pakistan has a great potential to solarise rural areas as its geography is most conducive to exploitation of solar energy. The country is 6th most fortunate country in the world with sunshine availability of 8-10 hours per day over much of the plans of Sindh, Balochistan and southern Punjab. The Alternative Energy Board could also make investment in this regard.

The solar panels should also be installed in schools and clinics to provide education and healthcare services comfortably. Few rural households have access to electricity, as most of them still rely on traditional fuels, such as charcoal, firewood and kerosene. People do not have money to purchase power panels as most the population of this area is living hand to mouth.

Solar energy is a renewable energy source that provides numerous benefits to everyday life. These benefits include helping to grow the food we eat, influencing our weather patterns and allowing us to generate clean and renewable electricity with the help of solar panels.