How violence has disrupted Hong Kong in last over two months 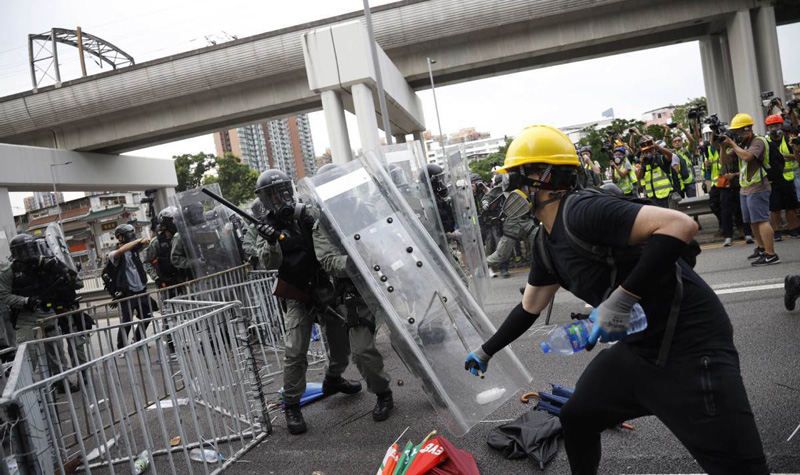 Starting from June, Hong Kong’s opposition and some radical forces have used the pretext of peaceful demonstration to engage in violent protests.

Though the Hong Kong Special Administrative Region (HKSAR) government said, on many occasions, that it has completely halted the amendments of two ordinances concerning the transfer of fugitive offenders, protesters continued to escalate violence and cause mayhem in Hong Kong. Here is a timeline of these violent activities that are aimed to trample the rule of law, sabotage social order, undermine national sovereignty and the “one country, two systems” principle. The demonstrations, which started in June, repeatedly became violent clashes under the instigation of individuals with ulterior motives. Some radicals repeatedly mounted attacks on police. They surrounded Hong Kong police headquarters, disrupted government agencies and ransacked the Legislative Council (LegCo) building.

On June 9, demonstrators started to protest against the proposed amendments. In the wee hours of June 10, well-organized radical protesters started attacking the LegCo building, blocking roads and assaulting police officers. They clashed with police, with some attempting to rob officers of their guns. Eight policemen were injured.

On June 12, an illegal rally started around Admiralty, and some radical members stayed around the LegCo building until midnight. Well-organized protesters assaulted officers with bricks, home-made spears and even petrol bombs, injuring 22 police officers. Though police exercised restraint, the protesters continually assaulted their line of defense and forced police to use appropriate force to disperse demonstrators.

On June 21, even after the HKSAR government announced that it had halted the amendments, violence continued. Extremist protesters surrounded police headquarters and wreaked havoc, and blocked the public from using service at the Revenue Tower and the Immigration Tower. Then they blocked Hong Kong government offices and the High Court.

On June 26, a few ‘fanatics’ instigated demonstrators to storm police headquarters for the second time. They repeated similar savage behaviors. Opposition lawmakers were once again present to provide support.